Can black play the London system?

After 1. d4 d5 2. c4 c6 3. Nf3, Black usually plays Nf6 or e6 (which blocks his light-square bishop) and I wonder if it is possible for him to adopt the ideas from the London System and play Bf5 before e6. This is a rare move but I wonder if it is sound. After all, black is one tempo down compared with the London System by white. But is black's position solid enough to compensate this? 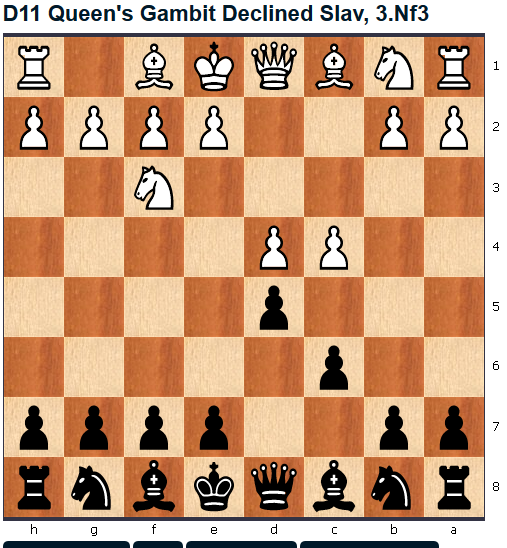 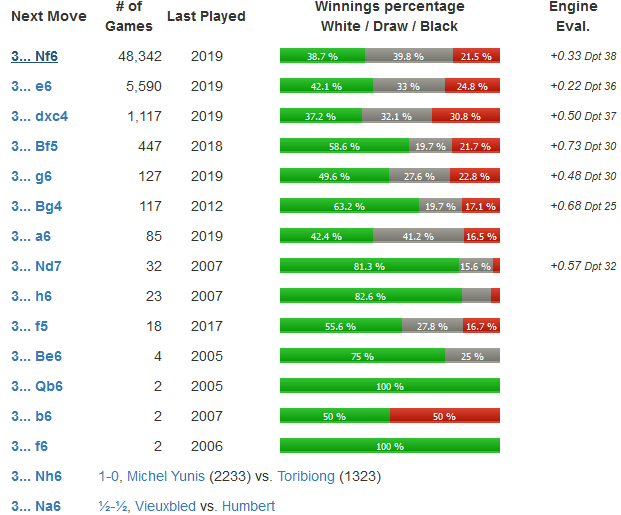 That is the Slav, but the problem for black in many of these lines, and specifically immediately, is that if 3...Bf5, then 4.cd cd 5.Qb3 forces you to sacrifice d5 or b7 since 5...b6 just loses.

This is just one example, and white can also play it more quietly with 6.Nc3 instead of 6.e4, but no matter how you do it, it is either the loss of a pawn with insufficient compensation, or worse, death on the light squares.

Lastly, you can try to postpone Bf5, but the same basic ideas are still strong later, or you lose a tempo with a6 putting you two tempi down on the same white opening. Basically, the answer is "no", the position cannot withstand the attempt to bring the B out early there.

P.S. I just looked at your picture again, and noticed the computer eval listed, and that +.73 is modest. It will probably grow after just a few moves.

The London Defensive System is actually a named line in the Réti Opening. And yes, it is very playable. You don't see this very often nowadays, because White will try to stop Black from playing it.

Here is a famous game Réti - Lasker, 1924, in which Lasker went for this line and won convincingly.

Look at the position after 9.Nbd2. 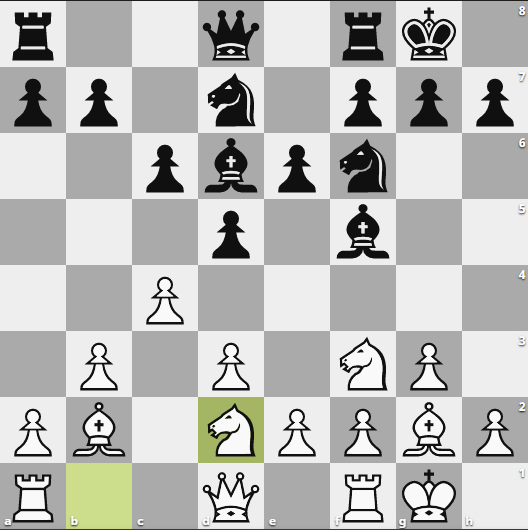 Note how both sides have developed their minor pieces: The bishops are free to move, not blocked by pawns. The knights protect each other and control important central squares.
Black has made good use of the extra tempo White needed for the double fianchetto and completed their development first.
However, White can trade off a knight for Black's (bad) light-squared bishop whenever they want. This means Black has to come up with an active move right now.

Important motifs here are the e2-e4 break by White (which Réti didn't play, unfortunately), and a queenside break per b5 by Black if possible. In this game Lasker played the aggressive (and not very accurate e6-e5). A rare move that can be punished with e2-e4 immediately. The point is that Black has to take with dxe4, and after Nxe4 Nxe4 dxe4 Black's bishop on d6 is hanging and has to move – losing another tempo. So don't fall for that. :)

There is no good way to defend the b pawn and white's minor pieces flow effortlessly into the attack. Nc3, Bf4, maybe Ne5 at some stage, either e3 or even e4, followed by Bb5. Nb5 then c7 may also be on the cards. White can just generate too many threats far too quickly.

I don't remember how the game went after Qb3. Mercifully the healthy mind suppresses deeply painful experiences. Just like touching a hot stove I know not to do it again.

Playing ...Bf5 against the Queen's Gambit is quite possible, and is known as the Baltic defense. GM Igors Rausis has had decent results with it decades before getting involved in a cheating scandal.

In its ideal form, you play 2...Bf5 before committing your c-pawn, keeping ...Nc6 as an option, and possibly defending Pd5 with ...e6

Of course, if White has already threatened your d5 pawn with 1.d4 d5 2.c4, you have to consider, after 2...Bf5, the immediate capture 3.cd5, when Black continues with the shocking 3...Bb1 and the play becomes lively, but quite different from your usual London system !

In case there is no pressure against d5 and you have time for both 2...Bf5 and 3...e6, Black is more solid. A quarter of a century ago was played the famous gem Kramnik-Shirov, Linares 1994.

Not the answer you're looking for? Browse other questions tagged opening queens-gambit slav-defense london-system or ask your own question.

2
How to "bore your opponent to death"?

32
The London System: Can it be broken?
6
Should I be afraid of the Slav Tolush-Geller Gambit?
1
Battling the London System
10
In the Slav, after 1. d4 d5 2. c4 c6 3. Nf3 Nf6, what are all the differences between 4. Qc2 and 4. Qb3?
4
London System as White: exchange of the light-squared bishops
5
The London System
2
Modern defense Benoni setup with Ne7
4
What are some ideas for black in the Ruy Lopez when white plays an early d3?
12
Theoretically, why is 4. Bd3 NOT one of the best candidates in Caro-Kann?
2
Feedback and advice on a slav position for White