What is the maximum number of squares 8 queens and 8 nightriders can attack on a 16x16 board?

Including but still obstructed by occupied squares, what is the maximum number of squares on a 16x16 board that 8 queens and 8 nightriders can collectively attack at least once each? Even if attacking all 256 squares isn't possible, the maximum number still interests me.

It's possible to attack all squares.

Yellow background - attacked only by a queen

Red background - attacked only by a nightrider

Orange background - attacked by pieces of both types 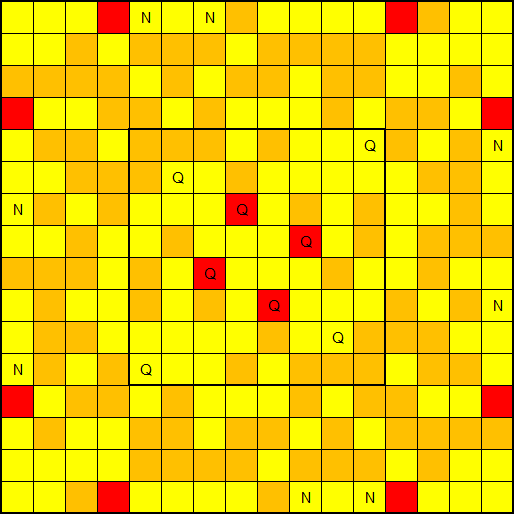 Queens are placed such that 5 longest diagonals in each direction are attacked.

One can also see that the nightriders attacking queens could be placed in other ways, so there is more than one solution. An interesting question would be-how many?

This is my best attempt thus far, which I believe attacks 236 (all but 20) squares. I used the staircase solution for 8 queens on the central 8x8 region in order to consequentially fully cover the 4 adjacent 8x4 side regions while putting many diagonals through the corner 4x4 regions. Then I placed the nightriders so as to not obstruct any of the queens' lines while also having each nightrider attack 1 unique queen each, by placing them towards the center of the long diagonals still within the corner 4x4 regions. 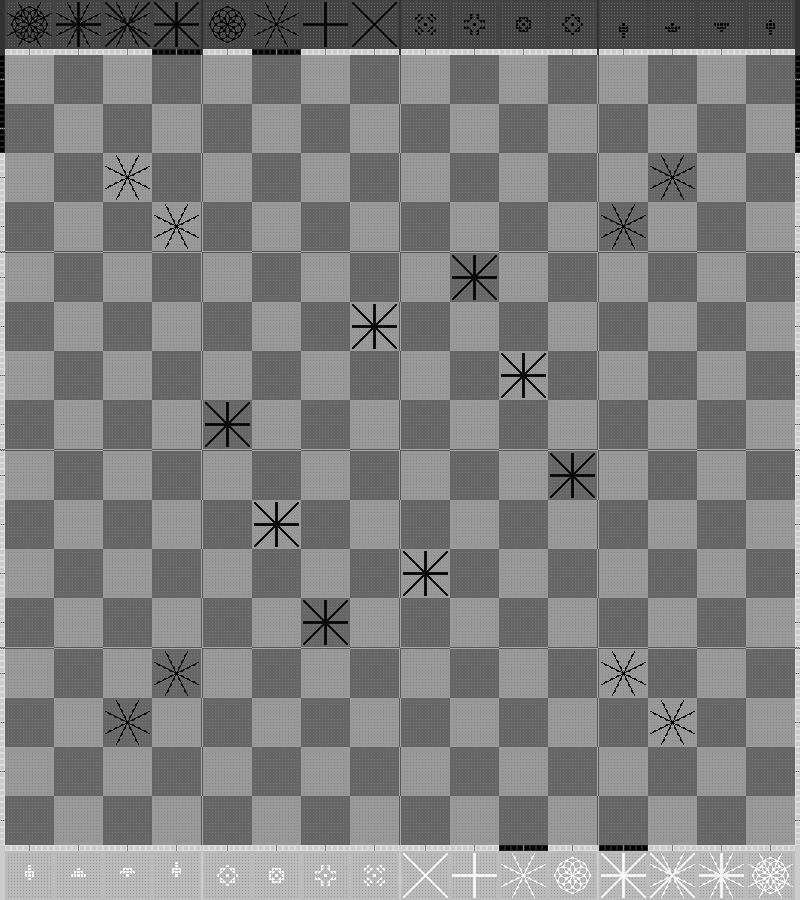 7
How many possible combinations for the number of pieces on the board?
8
What is the maximum DTM with K+J vs K?
6
What's the maximum number of moves that can result in a threefold repetition from an arbitrary position?
3
What's the point of attack board inversion?
7
16 roses, 16x16 board; maximum double-attacked squares while all 256 squares are attacked at least once?
1
What arrangement of 8 each of these 4 different compound leapers has the "strongest coverage properties" on a 16x16 board?
10
Maximum number of knights populating a chess board so that no knights are attacking one another
4
What is the maximum number of moves in a position of Crazyhouse?
5
How many more squares can you attack?