It shouldn't be so much a question of why, but rather how to approach understanding a move like 2.d5.

Otherwise one can endlessly ask questions of this nature and you cannot realistically be expected to learn every single of them independently. So shift your focus onto learning to adopt the strategic mindset and how to reason about opening theory. This will be vital to your improvement in chess understanding.

No matter what your level may be, simply try to apply your chess theory knowledge and assess the benefits and concessions of a certain move, so go back to the basics of chess and opening theory and simply ask yourself questions about the position in terms of (list not exhaustive and the order doesn't imply importance):

Now for your example, the 1st, 2nd and last points are sufficient (but all 3 needed) to explain why a move such as 2.d5 is a poor commitment strategically.

Now before you read further, please bear in mind that strategy in chess is never so black and white: opening theory is a battle of ideas between the two players, and focusing on one as aspect alone (e.g. time) is almost always wrong, the trick is in the balance of them and in realising which aspect ought to be more priotorised in a given position. Therefore, inherently asking questions of the nature "why is x or y bad or not played?" is somewhat the wrong way of going about chess understanding, instead formulate your questions into "how do I gain more space? how do I secure a better post for my knight? what would happen if I played x here? what do I gain what do I give up? etc." What and how questions in general (not just in chess) can be more concretely handled. For these questions (such as this post), try to get to an answer on your own, even if you get to the wrong conclusion, you'll still have learnt more than by just getting the digested answer somewhere or by someone else. 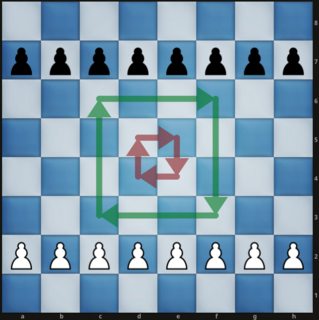 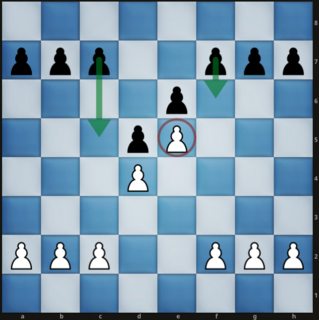 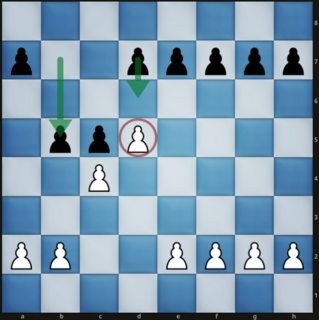 Two diagrams for two mainlines that can transpire after your 2.d5 idea, showing how easily that advanced d5 pawn can become a weakness (left: end-position of PhishMaster's suggested line, right: an alternative approach): 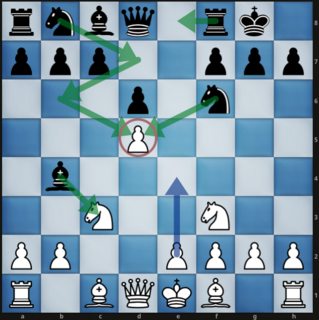 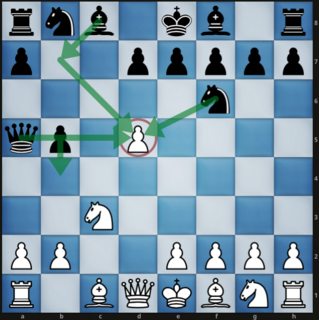 In this case, because you probably cannot maintain it, and it will become weak. The principles of not making too many pawn moves, and developing your k-side and pieces quickly take precedence. It may also be too early to determine that d5 will be the most useful move.

P.S. To answer Trolly's question below: While the position is only slightly better for black, and hardly lost, his evaluation of the position is not really correct for several reasons. First, black is ahead in development right now, and white is surely going to need to make some concessions in order to finish developing in that position. Second, being ahead in development, there is little chance that white will be able to exploit any current weaknesses black may have anytime soon...you have to be able to get at a weakness to be able to attack it. If white does castle king-side, then the open rook-file is actually useful for black. Lastly, and this is very important, black may play d5 next move, and all of a sudden, d4 is a threat depending on what white's next move is. He may also get a big center after d5 with a subsequent e5. How exactly do you propose to castle queen-side with both Q and B wanting the d2 square? (give a sample line) because I really do not see it happening as easily as you think, and black may just throw in Bc3 if you have to capture with the b-pawn, and to prevent that is going to make white develop unnaturally.

I don't remember where I read it, but this piece of general principle applies: In the opening, gaining space is great, but the priority is to develop your pieces. 2. d5 does indeed gain space, but it does nothing for development (White's pieces still have the same lines available to them). Furthermore, 2. d5 actually strains White's position because the d5-pawn is now under attack from the knight.

Consider the position after 2...e6. Black has developed two pieces (pawn & knight), while White only has one. So Black is ahead in development. If White captures on e6 now, after 3...fxe6, Black would still have two pieces developed, while White has zero. But if White doesn't capture on e6, how to defend the pawn? White obviously can't play e4 because of ...Nxe4, and Black threatens ...Bb4 against both Nc3 and c4.

In short, 2. d5 marks out space, but it overextends White's position. White simply isn't ready to defend such an advanced outpost. Develop pieces first, and then only think about marching up the board.

The drawback of 2. d5 is that it moves a pawn twice before other pawns and pieces have moved.

As Black, I would counter with 2... c6, attacking the d5 pawn a second time (1... Nf6 already attacked it once). If White exchanges, 3. d5xc6 Nxc6, White has lost a lot of time moving the pawn a third time, and allowing Black to develop both knights. If White tries to defend the pawn with say, c4, it remains under heavy attack.

The ideal pawn center is with pawns on e4 and d4. Yes, a pawn on d5 is more advanced and controls more space but it isn't necessarily better. In fact, you could argue that it's weaker on d5 because it has less control over the center.

You have to look at the trade offs- d5 gains space but loses control of c5 and e5, weakens c4 and e4 and at the same time wastes a developing move. Is that slight gain in space worth everything you're giving up?

So, white wastes a move to weaken his pawn structure and is falling behind in development. That's why its not that great of a move.

That's the Indian Game: Pawn Push Variation. It's not super common but it's fine. Most common defense (per chess.com opening explorer) is 2. ... c5 and a transposition to the Benoni.

Your preparation should include some lines that are not at all common but have served black well in the chess.com database:

If you're looking to get off the beaten path this is a pretty good route with some potential.

My view is that if you're not playing at master level all you're looking for is a playable opening position where you don't get crushed by someone else's preparation. That's slightly exaggerated but not much!

2...e6 3.c4 Bc5, with no problems whatsoever. Black has developed two pieces and White's spent three tempi just to set up a pawn on d5 (which would arguably be better back on d4).

Not the answer you're looking for? Browse other questions tagged opening strategy pawn-structure 1.d4 or ask your own question.

38
What should I do when I have no ideas and no strategies?
20
Assessing an early c4 against white's Stonewall structure

5
It is important to play e4 or d4 to 'control the center'. Myth or reality?
3
Exchanged Slav defense. Gambit the c6 pawn. Why not?
3
Why is Qe2 stronger in this position?
1
Books/resources on Scotch (as white) and Petroff (both sides but mainly as black)
8
Looking for way to “punish” the d5 push after 1. d4 Nf6
5
Significant and efficient advice for amateurs
8
Why is the Advance Variation considered strong vs the Caro-Kann but not vs the Scandinavian?
5
Conceptually, what makes the Sicilian opening sensible for black?
4
Pawns pushes in the center
8
Why don't masters prevent the pin after Bg4 in the modern Italian game?