Mistakes in my game

I would like to receive some feedback on my mistakes of the below Lichess game, if possible from someone above 2000. I an unsure about the reason of the mistakes I did in the game. When I finished the game I thought I had won quite convincingly, but apparently, I made some mistakes early in the game. I was playing with the black pieces. 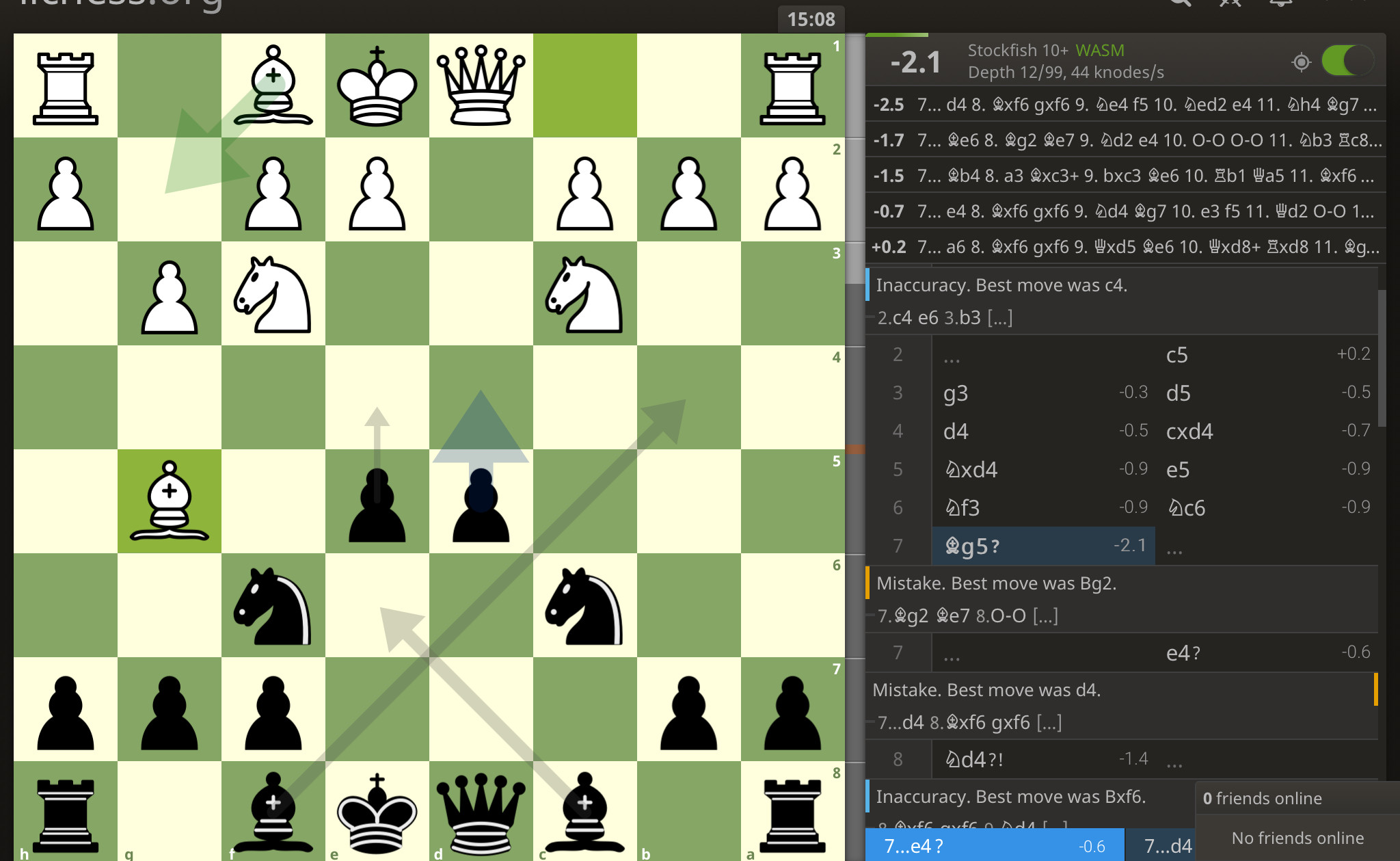 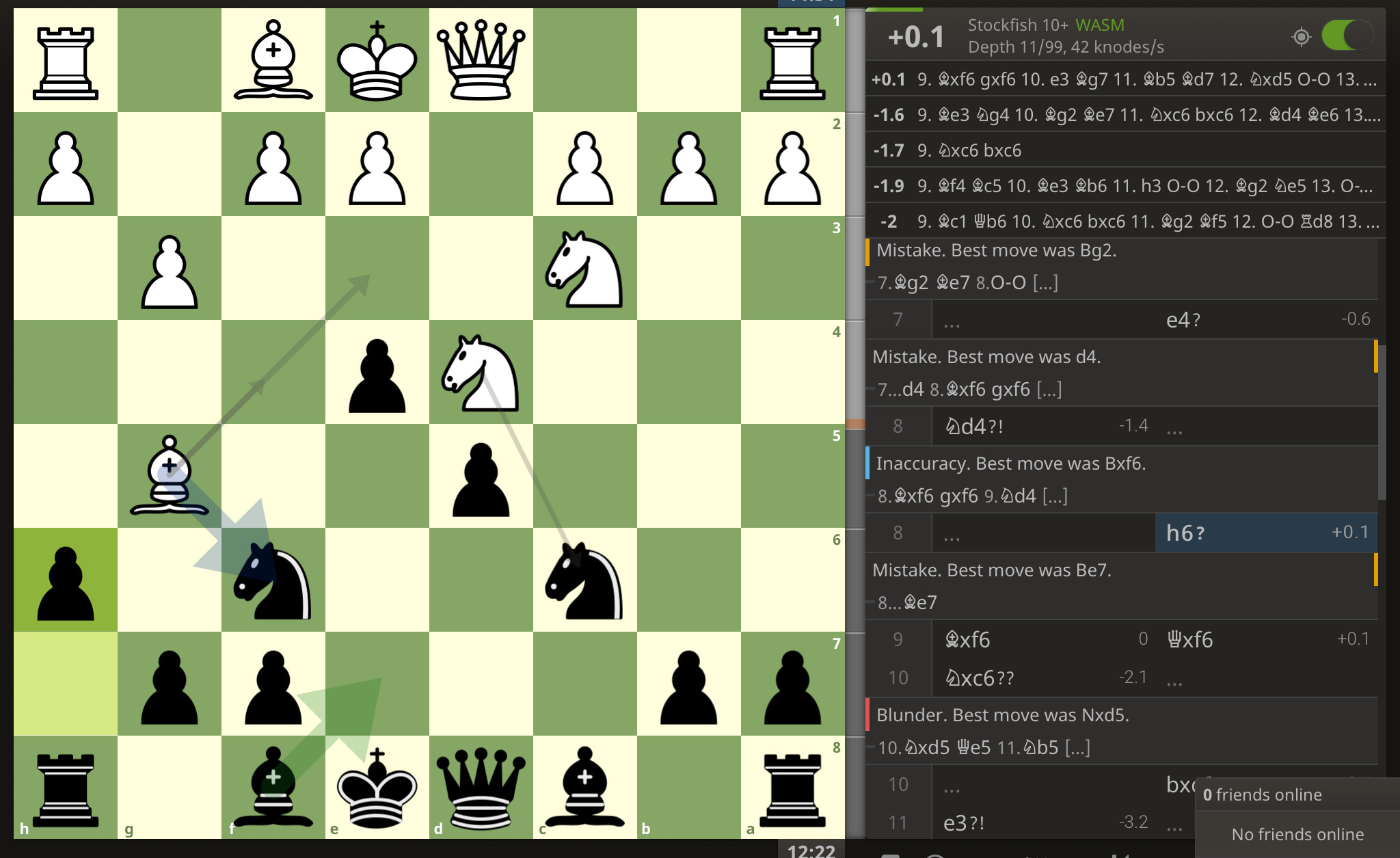 I played 8.. h6 as White’s Bishop is forced to be exchanged on f6 or to retreat to a passive position. I calculated 9. Bxf6 Qxf6 10. Nxc6 bxc6 with a more or less favorable position in which the powerful center, which will be stronger after c5, is an advantage for Black. However, Stockfish evaluation drops around 1. 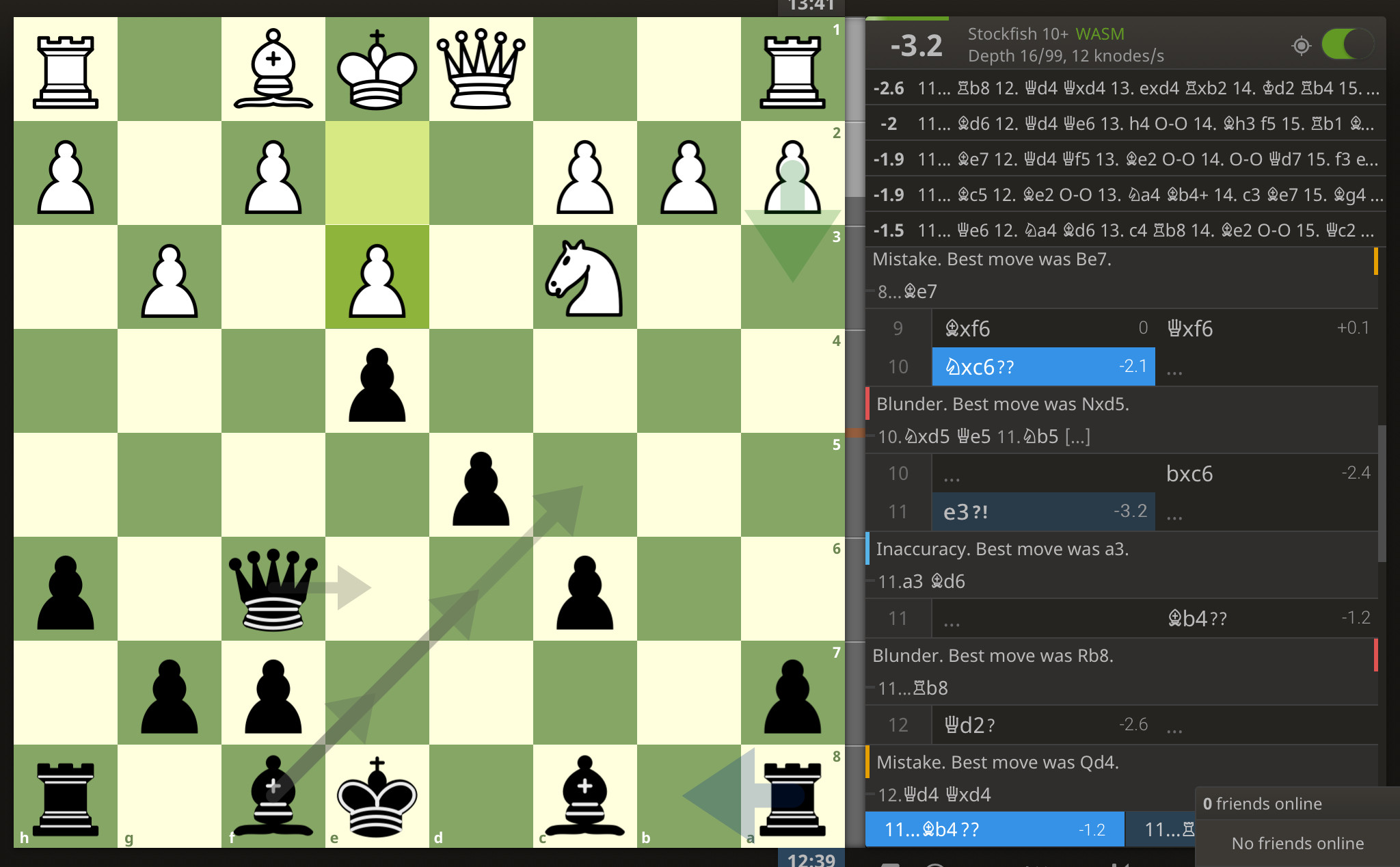 I played Bb4 threatening to win a pawn. However, it is considered a blunder. I do not understand this. I do see that 12.Qd4 forces the Queen trades, but to me, the position is not much worse for Black for it. 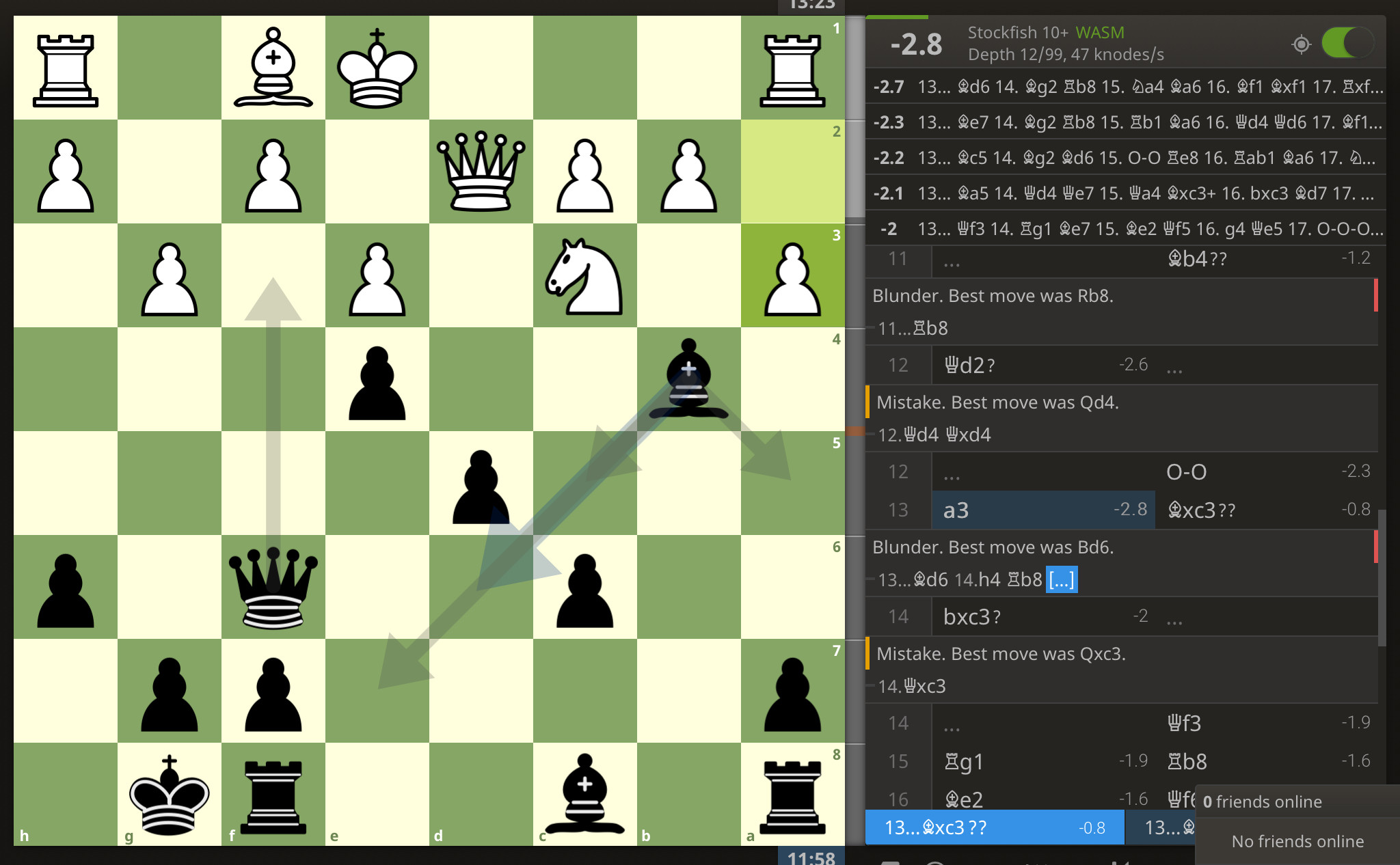 Given that the g3 pawn of my opponent is on a dark square, I thought of trading the bishop. I now realize that maybe this bishop had some prospects on the g1-a7 diagonal, but again I am not sure why this qualifies as a grave mistake.

Note: If possible, could you please also tell what move number you would stop at in order to calculate variations? I am unsure if I am doing this at all, but all my calculations take only 6 moves at best by each side. I know that in the middlegame, I should probably do some analysis of variants but in games I am not sure how deep these analysis should be.

Here are my thoughts on that game. Sorry, after a long day, I tried to format it correctly in a board.

8
What plan should black have followed in this game?
8
White's c5 in Semi-Slav (or Slav) Defense
7
Two questions about Wesley So vs Varuzhan Akobian (2016)
4
What should I play in this BvN endgame position?
4
Why is 6. Nge2 better, and 7. d5 a necessary push in this game?
4
Sicilian Dragon
5
Can someone explain this computer suggestion to me?
4
Why is 16. d5 a blunder in this position?
3
Why not 7.Bb4+ before playing Ne7 in the French Defence: Advance, Paulsen Attack?
3
Identifying principles and thought processes to use in locating a +3.2 or similar move