I had previously heard and seen in commentaries about the Dragon opening where black plays an early g6 to develop the bishop on g7 after the typical open Sicilian starting moves c5 cxd d6. But how does the Accelerated Dragon differ from the usual Dragon and what aspect of it is being accelerated?

A short explanation of the naming and summary of the underlying opening idea would really be helpful.

The opening is named after the Draco (Latin for dragon) constellation because if you remove all the pieces and just look at black's pawn structure with the pawns on g6 and d6 it looks like the dragon constellation as shown below (image source): 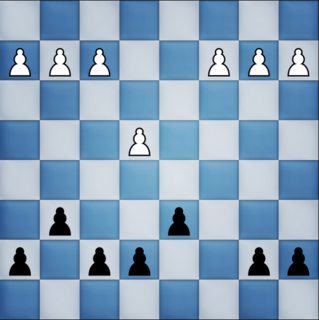 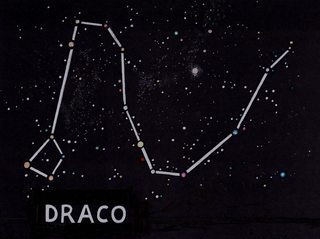 Unlike the mainline Dragon Sicilian where d6 is a key early move (1.e4 c5 2.Nf3 d6...), even though later it might still be pushed to d5, the accelerated version attempts to play d7-d5 in one go, without the inclusion of an early d6 move, and hence the name accelerated Dragon.

Here's an important move order that really typifies the accelerated Dragon, where everything black has set out to do has been achieved: safe king, healthy development, a successful early d5 push to undermine white's center, powerful bishop on the long diagonal, active play in the center and on the queenside. I highly encourage you to closely study the 3 variations that can result from either of the 3 ways white can capture the pawn on d5 on the next move.

In short, having neutralized white's central d4 pawn for our c7 pawn, black fianchettoes their kingside bishop and exerts pressure on the long diagonal from the get-go, unlike most other Sicilian variations where the dark squared bishop stands quite defensively. Additionally, the fianchetto structure is a good defensive fortress for the king.

Moreover, black's kept both central pawns (e and d) and in the future they can potentially make a better claim at central control as the central pawns are 2 for 1 in favour of black. Considering that white's only remaining central control lies in their e4 pawn, with constant threats of e5 kicking our knight to a less ideal post, black's constantly playing towards making the d7-d5 break happen as early as possible, neutralizing white's only central foothold.

The main difference resides in the strongest counters that White has at its disposal.

If you play the Classical Dragon, then White can try the Yugoslav attack:

followed by either 9.Bc4or 9.0-0-0. This position offers great attacking chances for White, but Black can look for counterplay on the queenside in this opposite-side-castling position. Games in this positions are often very tactical and wild, with chances for strategical sacrificies (an exchange on c3 or d4 for instance) Here you have a classical example

If you go for the Accelerated Dragon, the Yugoslav Attack is less of a threat because of the idea of pushing ...d5in a single move, striking the center and destroying any chance of White playing on the kingside. There are also some tactical reasons why plans with an early Bc4 by White (trying to prevent that centra-strike) don't work. But, since we don't play Nf6early on, White can place a pawn on the c4 square (no ```Nc3`` is played)`, thus building the "Maroczy formation".

Here both sides will castle short, with a more "quiet" positional battle. White will try to make use of the semi-open dfile and the outopost on d5, while Black will often try some queenside counterplay based on a ...b5push and the cand bfiles. Another plan is to disturb White using the c5 outpost, maybe with the help of an ...a5push to prevent ```b4`` from being played See this game

The differences are really comes down to what you want to avoid or allow, meaning mostly the Maroczy Bind.

The Accelerated Dragon primarily allows the the Maroczy bind, so you would need to play the main-line Dragon if you do not want to play this. 1.e4 c5; 2.Nf3 Nc6; 3.d4 cd; 4.Nd4 g6; 5.c4. (The defining move of Maroczy). The Maroczy might not suit the tastes of a Dragon player, who is hoping for a wild game since it leads the game down a more positional path. One advantage of this line is there are a few opening traps that can catch white, but I do not recommend that approach if you do not like the position after 5.c4.

Let me also mention the Hyper-Accelerated Dragon,and what it is designed to avoid: 1.e4 c5; 2.Nf3 g6!?. This is meant to avoid the Rossolimo anti-Sicilian 1.e4 c5; 2.Nf3 Nc6; 3.Bb5 since there is no Nc6. The downside is that white can play an early d4 or c3 and d4, and black is not as well-placed to contest the center.

Each are measured by how quickly the pawn goes to g6 and each have unique variations. You can YouTube each to get a taste.

As mentioned by others, the accelerated versions typically allow White the option of putting a pawn on c4 before developing Nc3 (Since Black didn't attack e4 with Nf6).

With the pawn on c4 the game is more positional and you don't get the swashbuckling play that attracts many players to the Dragon.

Opening play in each of these Dragons often revolves around whether Black can get in d5.

The accelerated dragon attempts to play d5 in one move while the dragon plays d6 first so a later d5 would lose a tempo by moving the d pawn twice.

Given that the dragon often becomes a race as to which side can mate the other first, the extra tempo is a huge advantage.

However, playing the accelerated dragon allows white other options not available in the standard dragon.