How is the threat Qxh7 relevant here?

According to chess.com, "White threatens both Qxh7 and Qxf8 checkmate-Black cannot defend against both threats." Would the threat the white Queen has towards h7 be enough to have a checkmate? How is Qxh7 relevant? 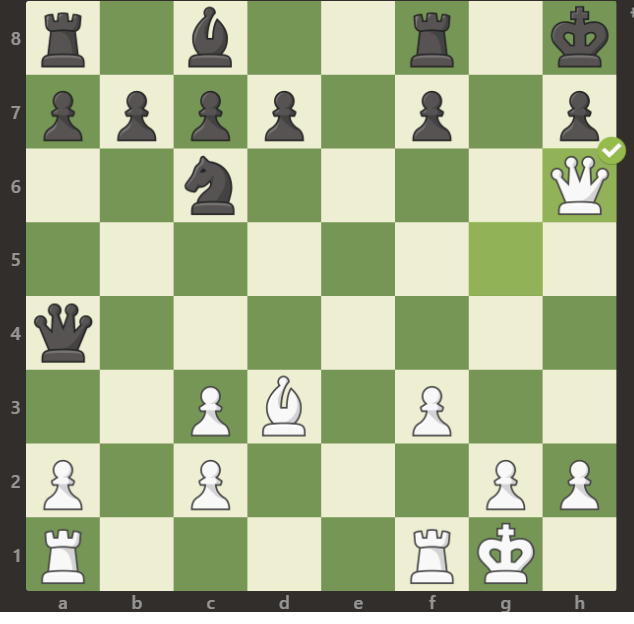 analysis checkmate problems
Share
Improve this question
edited May 31 '20 at 15:09

The threat of Qxh7 is VERY relavant. It is as important as Qxf8 is. I shall demonstrate.

Here is your intial postion for us all to see.

If Black moves their rook to prevent against Qxf8 checkmate and create an escape route for the king:

Black will get checkmated. This is checkmate because the White queen attacks all of the Black king’s sqaures, and it is protected, so the Black king can’t take, and no other Black units can take it.

If Black tries to defend against Qxh7#:

The Black king gets mates by the threat from the first varation, and this is checkmate for the same reasons. Do note that 1... f5 by Black also defends agaisnt Qxh7, but it still falls Qxf8#.

In conclusion, the threat of Qxh7 is important because Black cannot prevent either way. There is no possible way to defend against both checkmating threats. If one threat wasn’t possible, Black could defend against it easily and eventually win the game with their extra material.

In other words, if White had only one checkmating threat, and Black could easily defend that one threat, White would be losing because Black has more pieces than White.

It is very relevant since in chess, often when you have two mate threats on two separate squares, you cannot defend both.

In this case, if you defend the mate on h7, for example, with f5; then Qf8 is still mate. If you defend the QxRf8 mate by Rg8, then Qh7 is mate. That is pretty relevant.

Qxh7 is relevant because it is checkmate - note the Black King cannot take the White Queen because it is defended by the Bishop on d3.

Not the answer you're looking for? Browse other questions tagged analysis checkmate problems or ask your own question.