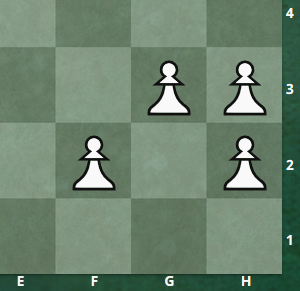 21
How do you know when a FEN position is legal?

5
Is this a good idea for starting the game?
5
Queenside vs Kingside pawn majority: Looking for comprehensive resources
10
How to improve on the early endgame?
6
What are good resources to use to learn how to best use pawns and pawn structures?
2
How many unique pawn structures are possible?