How to "bore your opponent to death"?

“The Caro-Kann has often been maligned for being dry and boring, played by those wishing to bore their opponents to death.” – IM (WGM) Jovanka Houska

Are there other defenses in which black can bore white to death? For example, when white starts with

Other than the opening choice, what are other strategies to bore your opponent?

The London system (for White), the Caro-Kann and the Classical Slav with ...Bf5 (for Black), are extremely similar, we are aiming for the same setup (c3, d4, e3, Bf4, Nf3, Nbd2, 0-0, h3, Bd3 or Be2) in all of them, so they fit well together in a repertoire, and they all have the reputation of being extremely boring, especially the Slav Exchange variation that has an extremely high draw percentage and the London system that is nicknamed "the boring system" and "the old man variation". 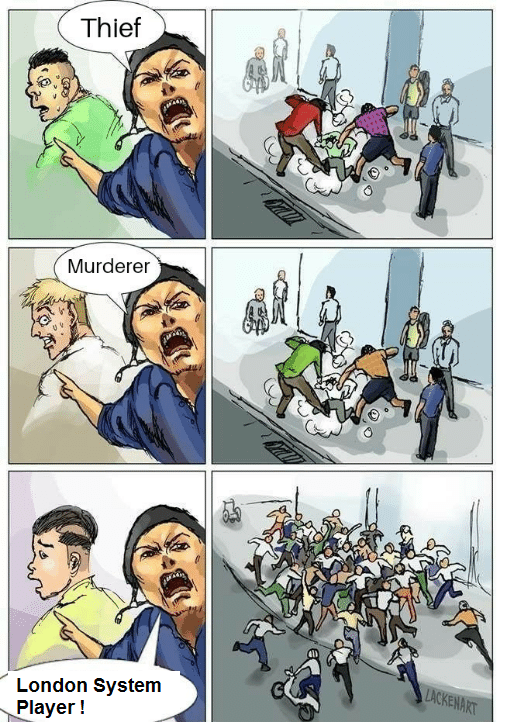 The Berlin Wall in response to the Ruy Lopez is the classic "boring" opening.

It results in a very dry queenless middlegame where Black's advantage of having the two bishops is balanced by White's kingside pawn majority which is far more likely to result in a passed pawn than Black's queenside majority. Breaking down the Berlin Wall is a difficult proposition as even Kasparov found in his world championship match with Kramnik.

People have already suggested the Slav, which is very much true. However, it does depend on the variation of the Slav you are playing, as some of the variations can get quite tactical. If I had to make a specific recommendation, I'd recommend the a6 Slav, which goes like this: 1. d4 d5 2. c4 c6 3. Nf3 (or Nc3) Nf6 4. Nc3 (or Nf3) a6 The main line here goes 5. e3 b5 where b3, cxb5, cxd5, and c5 are all perfectly fine variations. 5. c5 is also perfectly fine, as is cxd5 (transposing to a line of the Exchange Slav).

I play this myself, and it certainly answers your question- it's very boring.

Another user suggested the Berlin, which is fair, and it's the textbook example.

Against the English you can go for c6 which often transposes back into a Slav. Same with the Reti and if they continue with g3 you can just go for a reversed London System.

The London System, as suggested, is also pretty boring and slow (I know so, since I've done it myself!)

These mesh together wonderfully in a repertoire.

22
How to minimise your opponent's fun in a game?
13
Can black play the London system?

4
As Black, against 1. d4, what opening would you recommend me which is solid, positional, slow, strategic, quiet, closed, and similar to the Caro-Kann?
7
In the Classical Variation of the Caro-Kann, what is the most positional, strategic, quiet, slow, closed, boring, dry and solid variation for Black?
9
For Black, against the Caro-Kann Advance Shirov variation 4. Nc3 which move tends to lead to the most positional, slow, solid and strategic positions?
2
What are the main differences between 2...d5 and 2...e5 in the anti-Caro-Kann?
11
Is the English opening the most suitable for beginners?
8
Caro-Kann advance variation w/ 3. c5 dxc5
4
Black repertoire for players who love the English Opening
22
How to minimise your opponent's fun in a game?
2
Attacking as Black in the Caro-Kann