Today, I have played a game as Black.

I reached this position, with Black to play: 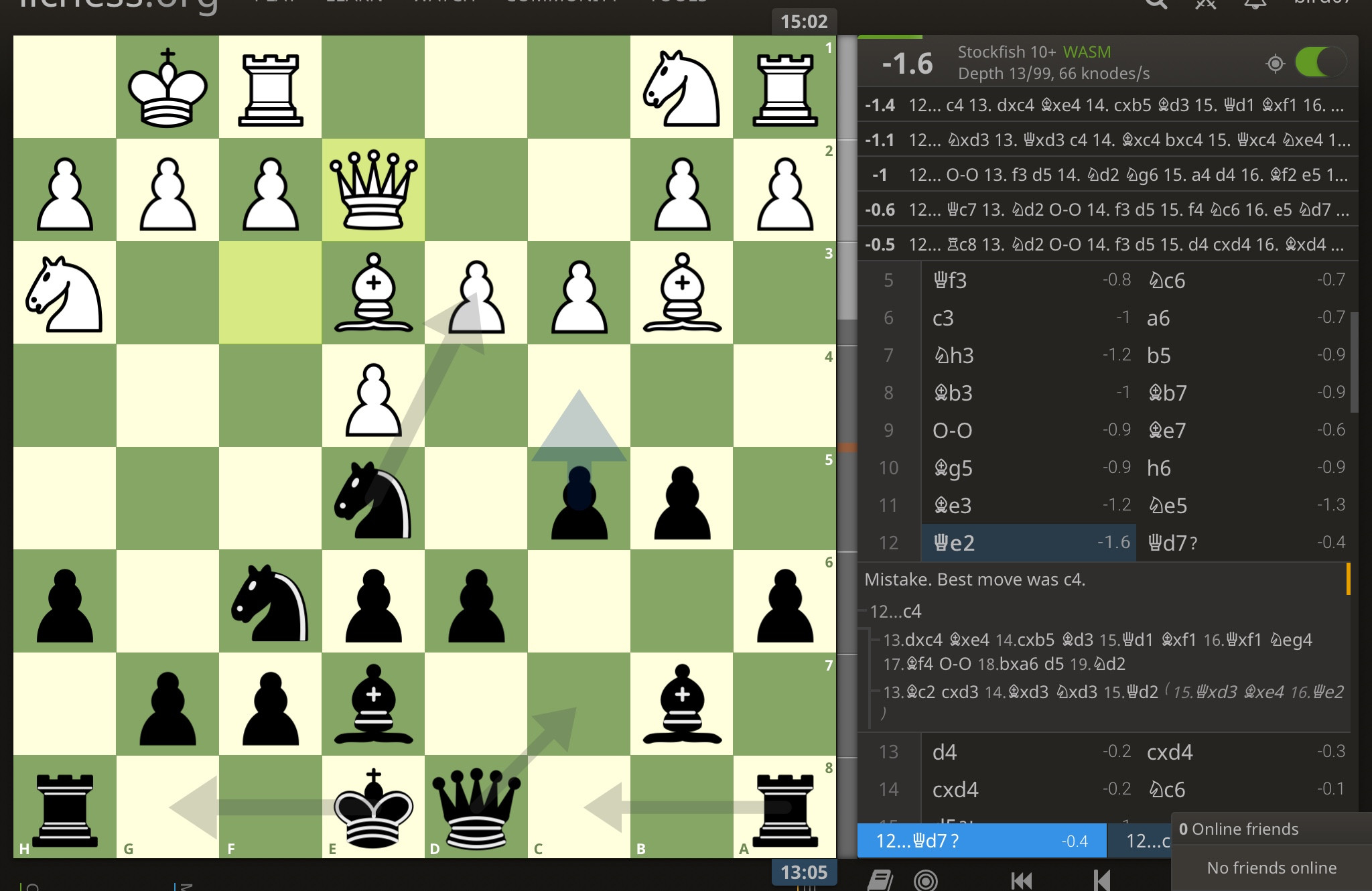 The position, as you can see, is closed. The truth is that I had difficulty finding a plan here, considering the pawn structure, what are potential short and long term plans?

My Thoughts: There are no open files yet and the weakest point in White structure, which is located at d3, is by no means weak.

I considered moving a knight to g4 with the idea of exchanging with the dark-coloured bishop. But such an exchange would only put a pawn on e3, which would help White challenge the control of the dark squares. Thus, I quicky discarded this plan as I should be aiming to control the dark squares.

However, I am not sure what is the right plan. I guess that my plan should be preventing a d4 break by Qhite.

Can someone help me figure out a strategy for this game?

Note: I know that the computer suggests c4, but I am interested in a long term plan too. This is because, after that, there are no more breaks for me to aim for.

Before we talk planning, you can see from the diagram arrows that the tactical line 12.Nxd3 followed by c4 is available. A trade of c&b pawns for Whites e&d pawns = the center is Blacks; not to mention the monster on b7 is unopposed.

On to abstract thinking:

"I considered moving a knight to g4 with the idea of exchanging with the dark-coloured bishop but such exchange would only give a pawn on e3 which would challenge the control of the dark squares."

This line of thinking is extremely flawed!

Trading a knight for a bishop is rarely a bad idea. Doubling the opponents pawns is also rarely a bad idea. In this particular case it is a good idea! Remember, doubled pawns have difficulty with mobility, and are therefore inherently weak. What do you think controls more dark squares, the Bishop on e3 or a pawn on e3?

So apart from the tactics available your planning should be around finishing development with an eye to conquering the center.

This position is so dynamic and full of tactics that it requires more concrete calculation than a long-term plan.

Edit due to comments -- more on fxe3 doubled pawns: With resulting pawns on e3, e4, d3; yes the pawn on e3 controls f4 nicely, but look at the cluster -- it can't move!

The e4 pawn is attacked twice (so the d3 pawn is stuck) and it's advance is suicide. Therefore the e3 pawn isn't going anywhere either.

So now black can make long-term plans. Piling up behind the c-pawn to play c5-c4 can result in White getting double-isolated-pawns on the efile. Or setting up a battery of Bb6 and Qa7 hitting the weak e3 pawn... There are various ways for Black to attack due to Whites weakened structure. Now what can White do? Looks like just defend. His knights have no active squares and his remaining Bishop is thwarted. White is clearly worse here.

Not the answer you're looking for? Browse other questions tagged sicilian-defense positional-play planning closed-position or ask your own question.

16
The theory of pawn breaks
9
Black castling long in the Sicilian
8
An Aggressive Response (for black) against the closed sicilian?
3
How Does The Sicilian Defense Work?
7
Can't find long term plan for Black
3
What are the advantage of sicilian defense for black?
6
What should my plan be in this middlegame?
3
Sicilian defense answer to Bc4 and Qf3
2
How does black break into the position? What is a good plan for black?
2
How good is this variant of the Sicilian defense?