I am doing endgame training with LucasChess (LC), but the problem is not really related to LC, but to chess engines in general.

I have this problem: See picture. When I move Kh6 in this position, the engine in LC moves Ke8. Probably this is the move with which white needs the most moves until mate. 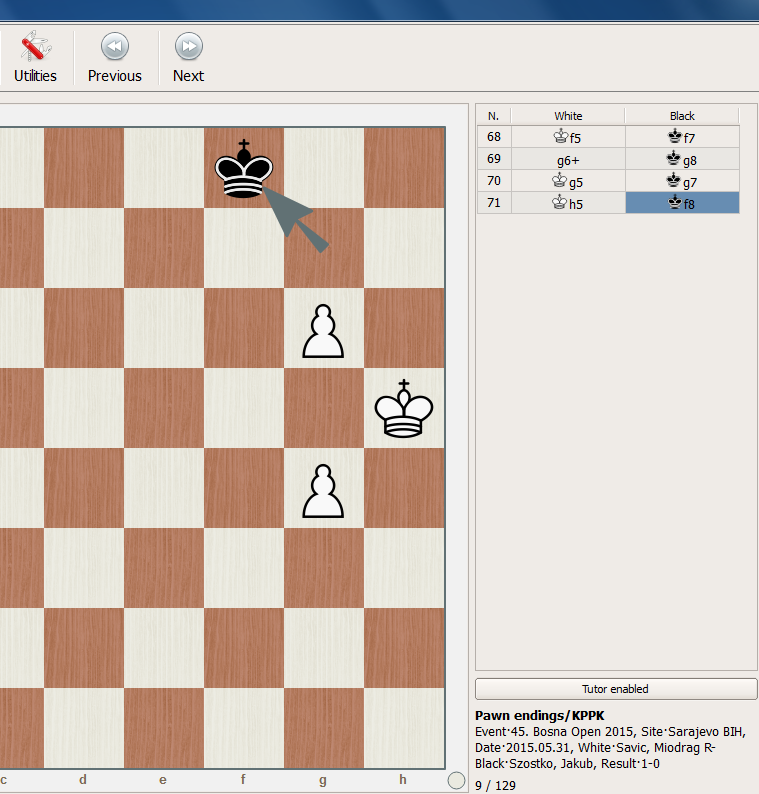 But it is also the move which makes things easy for white. It would be harder for white if black would move Kg8, trying to block the pawn until it is no longer possible and maybe provoking a stalemate. Instead of blocking, black flees in direction to the center.

But this is not the best human like move. Because it makes it easier for white to queen its pawn. It clears all possibilities for white to make mistakes and in this way it takes away an important part of the training effect.

I have seen this behaviour in nearly all pawn endings, not only this one; and also in other endings.

So my question is: Do you know a free engine or some settings for an engine which plays endgames human-like, trying to block pawns as long as possible instead of fleeing with the king to the center?

Update: konsolas found an engine (Leela or Lc0) which treats the given position well and so at first I accepted his answer as the answer. In between I've tested Lc0 more and came to the conclusion that it is absolutely not usable for endgame training, because it plays most endings catastrophically. When accepting the answer, I couldn't even imagine any engine playing endgames so bad.

So I want to clarify my question: Do you know a free engine or some settings for an engine which, with movetime 1s or below, without needing a graphics card, plays endgames human-like, trying to block pawns as long as possible instead of fleeing with the king to the center?

Lc0 with current nets or dkappe's distilled nets do not qualify, because these play most endgames horribly and absolutely non-human-like on a PC without graphics card. And from all what I've read a graphics card even won't help for its endgame play.

Update 2: I'd like to clarify that it is not only the position above, but a lot of others, too. Engines play the move which makes distance to mate biggest, assuming perfect play of the opponent. Example 8/8/8/6K1/8/8/3Q2kp/8 b - - 4 9, see second picture. Engines play Kf3, which makes it very easy for W. What B should play is Kg1, and now it's much harder for W to win. W then needs to know or find that he has to allow B to queen. 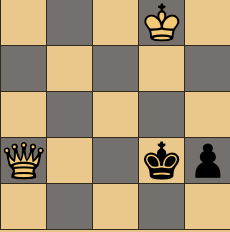 Alpha-beta engines, in many endgame positions, will quickly find a mate and therefore will pick the move which prolongs the mate for the longest.

Engines which use Monte Carlo Tree Search, however, pick the line with the greatest winning/drawing chances. For example, Lc0, a neural network engine which uses MCTS, suggests Kg8 as you wanted in your position:

Lc0 does not play endgames as well as alpha-beta engines, but it tends to play them in a much more human manner.

I would also suggest taking a look at Komodo 12 MCTS, which may also exhibit this type of behaviour.

Freechess.org has a bot called endgamebot you can play against.

It knows up to 6-man endgames.

It depend which chess engine LC is using, nowadays engines play very similarly to human type moves, download stockfish 9 and attach it LC you will what he is playing. There is also one important point, sometimes training app uses built in moves to play with, so make sure engine is playing and not just replying moves from notation

6
How to force engine (eg. Stockfish) to play position till checkmate in Lucas Chess?
2
Engine against non-perfect players
11
How accurate are chess engine ratings?
1
Good apps for engine vs engine matches
4
Reasonable engines to test against (Not StockFish)
10
Is it possible for a move to be recomended by engines but rejected by professional human players?
2
Most complicated mode for chess engines
5
Human assisted handicapped engine against engine, adjustable parameters
11
Why are world-class engines playing like this?
19
How difficult is it to win a winning endgame against an engine?