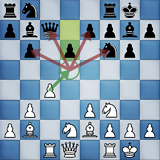 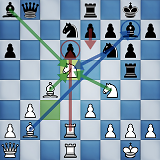 25
What does it mean to play "positionally", and how do you train that?
4
Puzzles that highlight the finiteness of the chessboard