Are there chess studies that require an outside of the box thinking that goes beyond the concrete calculation capabilities of today's engines (e.g. Stockfish)?

I have sometimes seen certain endgames that are known to be fortresses (drawn) but since the engine have depth limitations they cannot see all the way through and keep assessing them as winning for one side (for example giving +2 evaluation). But are there examples, to which we know the forced solution (checkmating line), but still the engines fail to solve?

Here is an outrageous mate in 57 puzzle which none of the top 3 engines are able to solve:

Aside from the fact that the mating line is an absolute unit, an important reason why engines are unable to solve this is due to a technique called "Null move pruning".

In the above position, black is pretty much perpetually in zugzwang, so null move pruning prevents most programs from being able to see how black's king is forced around the board. As a result, Houdini, Stockfish and Komodo all report draws.

Indeed such studies do exist, similar to the fortresses you speak of. In my experience timely underpromotions seem to be the Achilles' heel of most current engines, and I remember at least one example that I'll show in the annotated diagram below.

It's a beautiful endgame study, with white to win (I strongly recommend trying it on your own before you see the solution here) and the difficulty lies in the fact that most lines that avoid stalemate end up in endgames that are in fact drawn (endless checks or impossible to make progress, at least as far as I remember) despite a large material imbalance (I'll show such lines as subvariations below). And since there's no immediate forced draw (by repetition or stalemate), the engine keeps evaluating the position wrongly and misses the winning solution.

I remember this study from a couple of years ago (I'll add the reference to the problem if I can find it), and I recall at the time the engines couldn't solve it (or maybe they needed days to see it, but I never let them run for that long):

Here's the FEN: 5K2/p2p4/p7/4P3/P7/8/1R4pp/6nk w - - 0 1, to test whether an engine can solve it, simply give it the FEN and see whether it can find the critical line specially without you showing it our analysis and principal variation below (because once you do, the engine caches the line and remembers the solution thereafter within that analysis session).

I hope this is close to what you expected. Some remarks:

This one I solved but stockfish 10 does not manage in a few minutes at least. 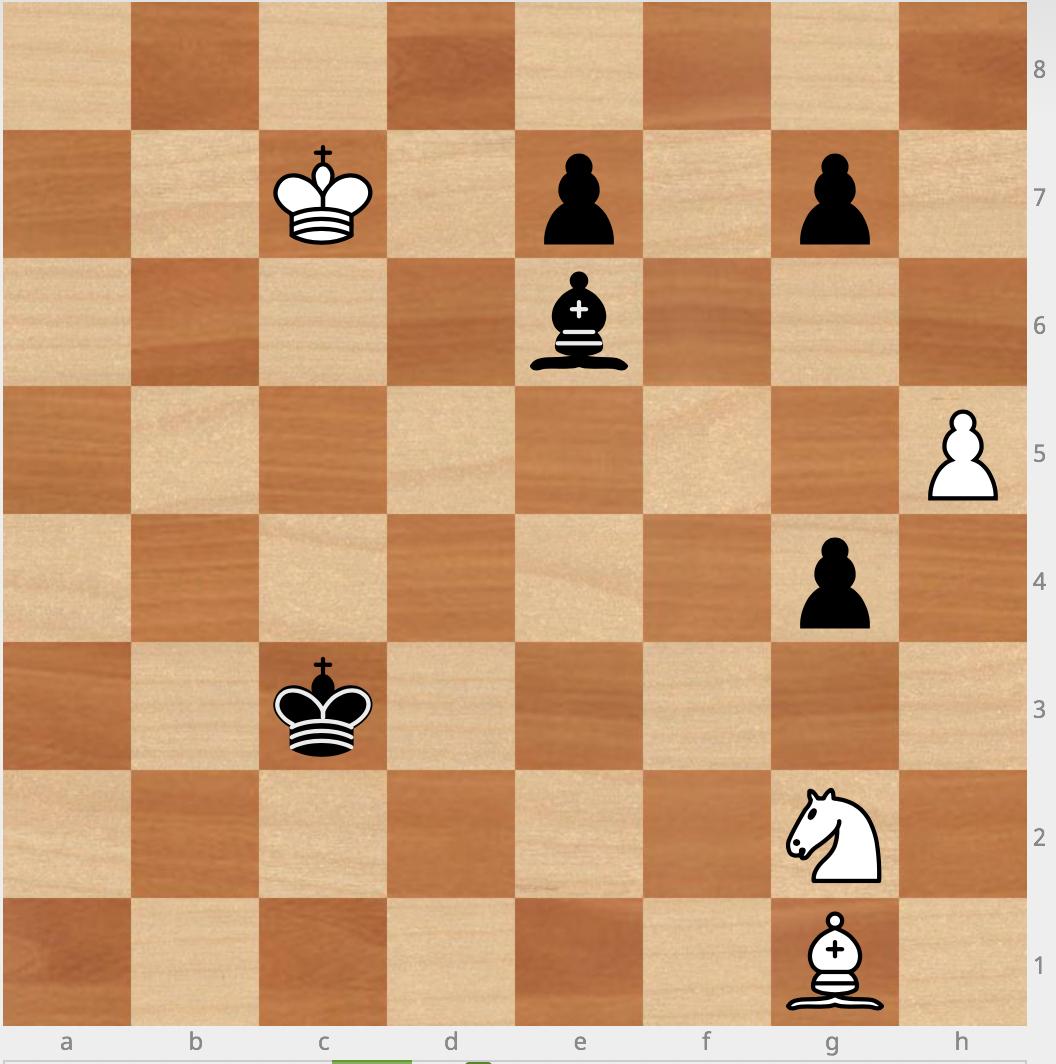 0
Are there still "unsolvable" positions for computers, post Alpha Zero?
15
Are there positions which cannot be properly analyzed by any computer?
1
Using Freeware AI and Dynamically Generated Endgame Tablebases

11
Studies that have been cooked by computers
3
Is Behting Study Still Beating Computers?
8
Is this selfmate solvable or fixable?
6
Must chess studies be composed?
8
Which one is more important between endgame studies and tactics?
1
Is there a way to prove a checkmate in 3 problem is not solvable?
9
Calculation skills beyond 2000 Elo
12
Outside-the-box mate-in-one challenge
12
Chess positions that are easy for humans but near impossible or confusing for computers
7
How do computers end up blundering?