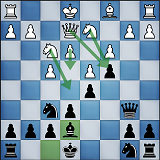 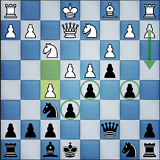 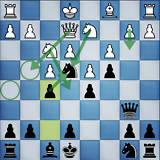 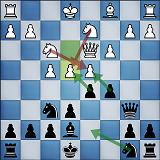 6
Why not 1.d4 Nf6 2.d5?
11
What are the motivations behind pawn moves on a and h files?
6
D5 move closing my bishop activity
4
Puzzles that highlight the finiteness of the chessboard

5
King's Indian Attack plans for White after Black plays ..dxe4 and ..e5
6
What should my plan be in this middlegame?
9
Strategic implications in this puzzle by S. Polgar/P. Truong
6
Why does Stockfish prefer White here?
10
Why is Na5 not played in this line of the French Defense, Advance Variation?
6
How do I understand White's +6 advantage here?
4
Why is 16. d5 a blunder in this position?
2
Comments and advice on a game that I played against 1.h4
2
Josh Waitzkin chessmaster mastery quiz - spatial advantage, trading bishops
3
Why does Stockfish evaluate Nd4 as an inaccuracy in this particular game?