Both of you are correct; you are just thinking of it in different ways. The following picture shows a knight and the squares where it could be after one move. 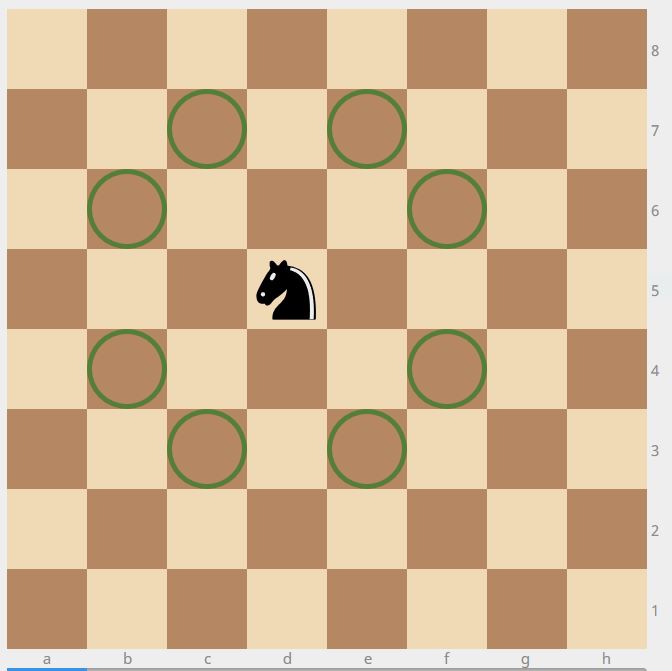 Here's another picture that shows both methods: 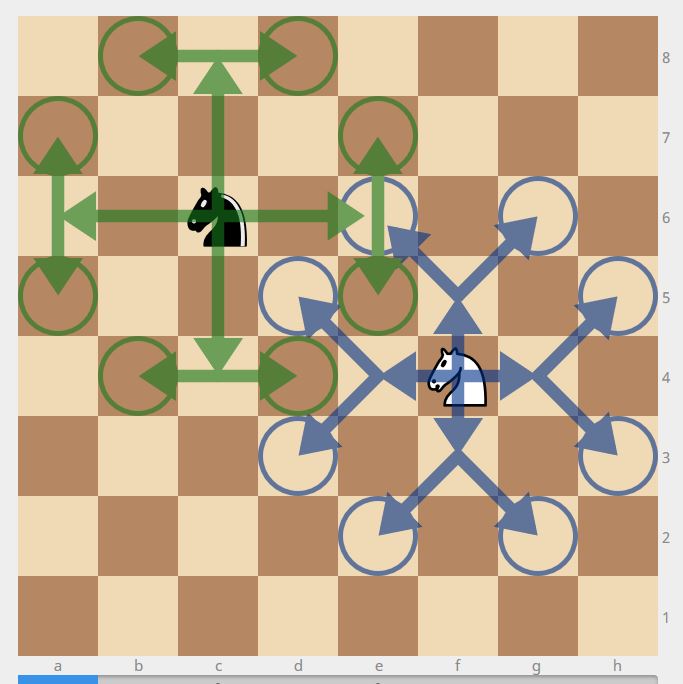 Like everyone says, the two definitions are equivalent, but if you want an official-looking source, here is the quote from the USCF rulebook:

8E. The knight. The knight’s move is composed of two different steps. First, it makes one step of one single square along the rank or file on which it stands. It does not land on that square, as its move is not complete (9A). Then, still moving away from the square of departure, it moves one step of one single square on a diagonal. It does not matter if the square of the first step is occupied.

There are yet more ways of looking at the knight's move. This one is from the FIDE handbook, and while clearly correct I don't think it reflects the way most people think of the move:

3.6 The knight may move to one of the squares nearest to that on which it stands but not on the same rank, file or diagonal.

Not the answer you're looking for? Browse other questions tagged learning or ask your own question.

8
When and why should I move the pawns in front of a castled/non-castled King?
2
Improving your position?
21
What are good YouTube channels for improving chess?
29
How to learn chess if you're still a 3-digit rating after a few years
2
English/KID loss as white to a 2300+ player
10
Can solving lots of mate in one (or two) problems be beneficial?
17
Improving the observation skill & making less blunders
18
Advice for breaking Lichess's 2000 rating mark
3
How to keep improving when missing advanced knowledge prevents finding the answer to tactical puzzles
3
Resources to study benchmark opening positions, or “ideal setups”