Question about the move h5

I recently played a chess game whose link is: https://lichess.org/pCFw1h2w/black#5

After running a computer analysis, I found that in this position: 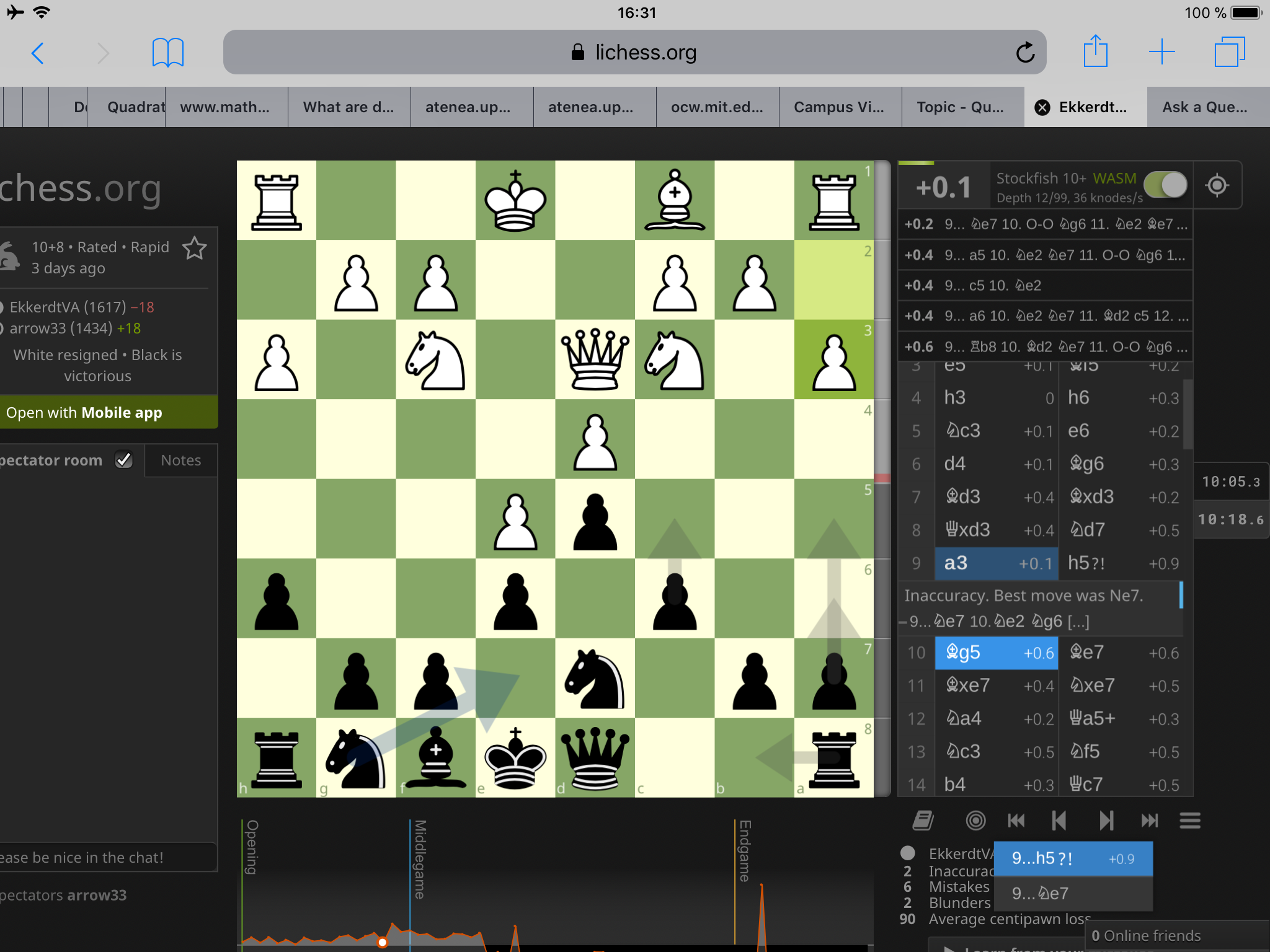 I know that even though Stockfish does not tell me so, up to the 9th move, I made several small inaccuracies among which the 6th move ( 6. ...Bg6) which I think was worse than 6. ...Bh7.

Now here is where my question arises.

On the 8th move I did not play 8. ...Ne7 yet because I thought that then White would play g5 and the great square f5 for my knight would be off-limits. So I played 8. ...Nd7 first without committing to anything yet. Now on the ninth move I would like to move my knight to e7 (with the idea I mentioned before). So what I played was 9. ...h5 in order to prevent g4 from White. However, Stockfish says h5 is not a good move. Why?

I an unable to understand why according to Stockfish I could directly play 9. ... Ne7 and White's expected answer 10. g4 is marked as a mistake, which I cannot explain. The line which is given for Black does not provide a good square for Black's knight on e7 (which remains stuck there) and yet Black has an advantage. Why?

f5 is a decent square for your knight, but it is not doing all that much from there either. Ok, it is attacking d4, but that pawn is overprotected by knight and queen, so nothing to worry about for white.

I am not a Caro-Kann player, but I believe a much more natural plan is trying to push c5 exchanging the d4 pawn after which the pawn on e5 gets weak.

Even if you get in Nf5 first, I don't see how you would proceed without playing c5 as black.

Regarding the move h5. Yes it does prevent g4 for the moment, but it also weakens the square g5, which can be occupied by white knight and bishop. For instance after h5 castling short is almost impossible for black, because after white Ng5, Qh7 mate is very difficult to prevent.

After Ne7, immediate g4 is not good, because

h5 is a horrible move, weakens your dark squares and gives white control of g5 for no reason.

Not sure why you are afraid of bad moves. After ne7 g4 does absolutely nothing except weakens white's position severely.

Your knight shouldn't be on f5 in this position. After c5 white cannot recapture d4 with his c pawn so his e5 pawn will be under fire and the only way to protect that with a pawn is f4 which is not great due to him already weakening his king side position with h3.

Not the answer you're looking for? Browse other questions tagged analysis computer-chess or ask your own question.

6
Yusupov - Spiridonov training question
7
Alpha Zero vs Stockfish, French Defence, is this move for Black better?
4
confused about a move played by a grandmaster
9
Why not take the bishop with the knight (Guseinov vs. Bauer)?
3
The move g5 in this position
3
NNUE Based Engines - Post Move Analysis
1
Why was the engine giving such positive evaluations for my game with equal material?
6
Why is 12... d4 a blunder?
4
Why this exchange
3
Why is 2…f6 a blunder in the Center Game?