Why is this a draw? [duplicate]

I just played a game of chess on my Mac and the Mac shows me this as a draw (I'm white). I can't get my head around it. Why is this a draw? 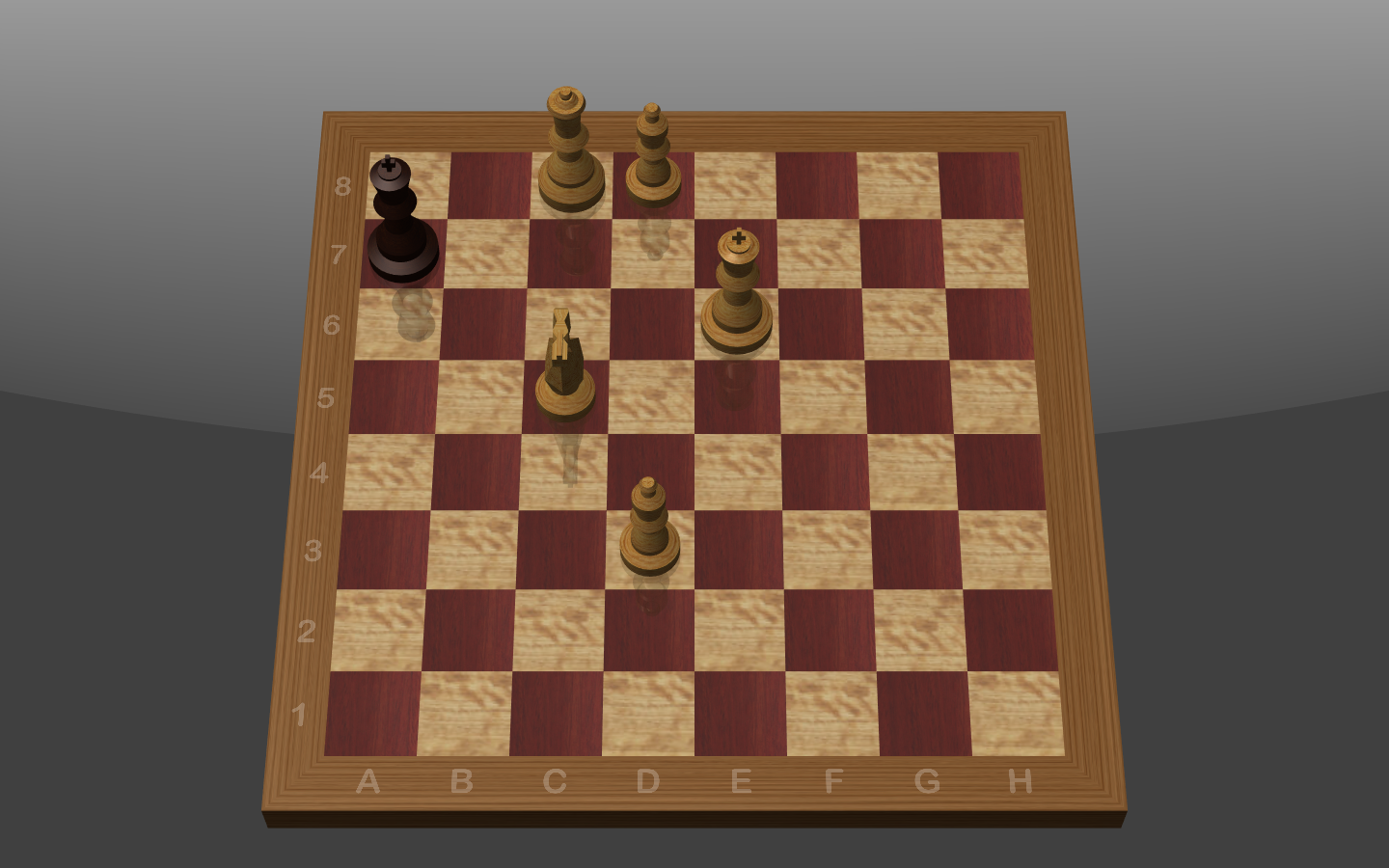 This is a case of stalemate. Black has no legal moves available, therefore the game is drawn.

This type of situation is called a stalemate in which the opponent is unable to play the next move ( probably because of king's check) but is not completely checkmated. To avoid it, ensure that you completely mate the opponent king. The probability of this kind of situation occuring is increased when you have more pieces (like Rook, Queen which can mate the king) and you don't actually know which piece is already blocking the opponent king's road beforehand.

Not the answer you're looking for? Browse other questions tagged draw or ask your own question.

62
Why is stalemate a draw?
6
How is this scenario a draw?

13
Is this endgame position a draw?
9
What's a good explanation for stalemate being a draw for a beginning chess player?
3
Can Black draw this endgame?
4
Why isn't this threefold repetition, forcing a draw?
16
Is this endgame a draw? 2 Bishops + 4 Pawns vs Queen + 1 Pawn
6
Unable to understand why N.McDonald - A. Stromer (1991) is a draw and not a win
6
How is this scenario a draw?
6
Why is there a draw in professional chess?
1
Why not immediately force a draw when losing is possible but winning isn't?