How many moves out do the static board evaluations use?

These days many online chess websites offer a board evaluation rating, often a bar, sometimes a number, sometimes both, as is the case here (see two red circles): 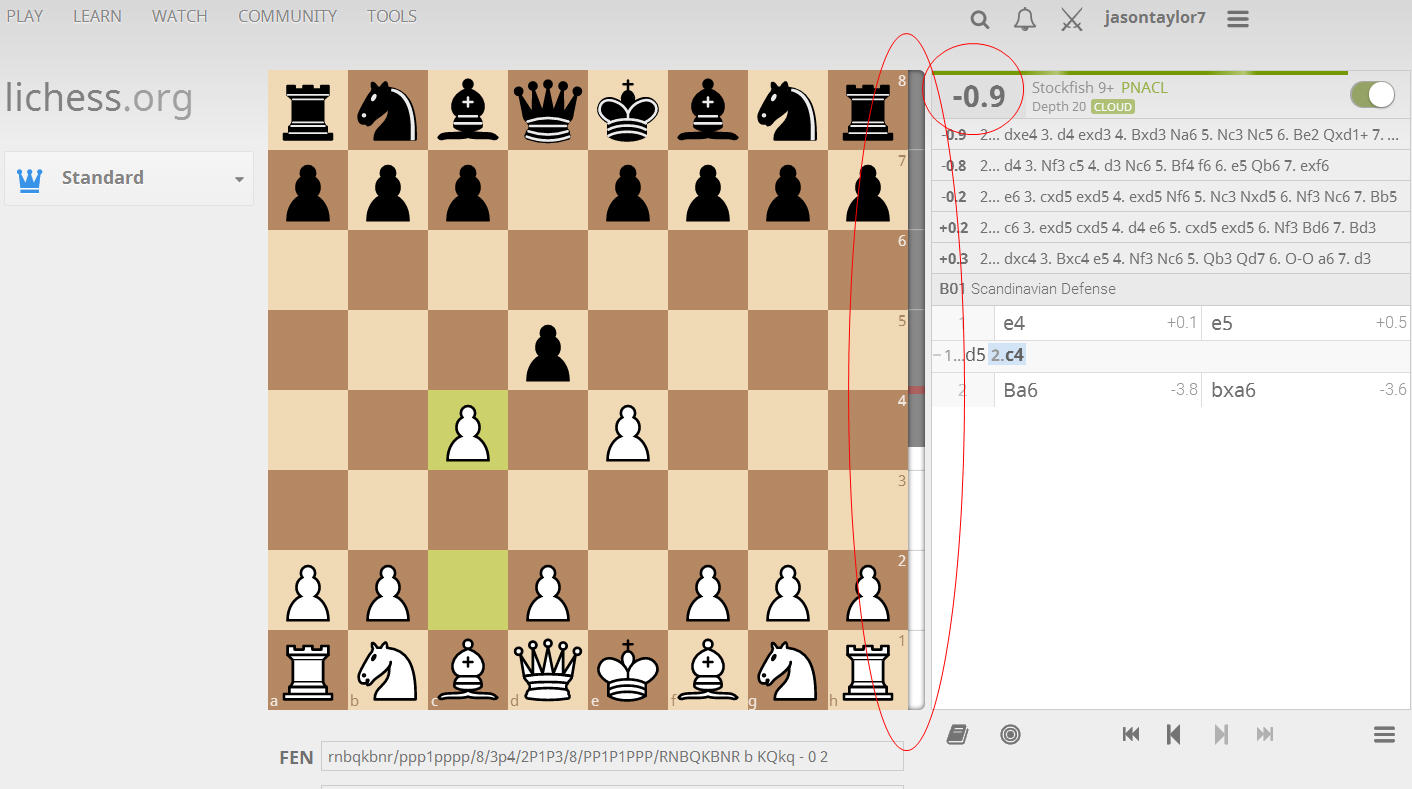 Black will take a pawn soon, so the evaluation is -0.9 pawns to white. Note that there are two components to the score. First, there's a raw score due to some sort of piece scoring system. Second, there's a positional evaluation scoring element that considers future moves and future pieces that might be taken. Seems clear, right?

Not exactly. Consider, near the end of the game, a pawn can get converted into a queen. Using the most popular piece-ranking systems, a pawn=1 can switch to a queen=~9 via this process. Therefore, if a player is a pawn ahead, and players play well, eventually, on average, one can expect that this might get promoted to a queen. Perhaps if you averaged it would be 3 (wild guess) considering that most other pieces can't get promoted. Anyway, one can see that the second term in the ranking scoring system has a look-ahead variability in that lopsidedness will increase in positive feedback fashion such that a 1 is much higher the further an engine looks ahead. This positive feedback would exist even without promotions.

My question is just how many moves these engine look ahead in ranking static boards.

It varies, but in this case it looks to be about 10 full moves.

In your screenshot, to the right of the circled -0.9, you can see some small text that says "Depth: 20". This is the number of half moves that the engine is supposedly looking.

In practice, this number is not exact. The engine will not examine every variation to that depth (for example, it's not likely to seriously examine Bh3 in your position), and if a variation has tactical things going on at the end, it might extend how far it looks at that variation beyond that number.

lopsidedness will increase in positive feedback fashion such that a 1 is much higher the further an engine looks ahead.

Sometimes, but it's not always correct that a +1 will increase if you look farther ahead. It may decrease. There are many endgames which are theoretical draws despite one side being one, or even two, pawns ahead. Consider this position, from a game where I briefly thought I was going to get my first-ever win against a master:

Stockfish (without a tablebase) evaluated this as +2.31 because of the two advanced pawns, but it's a draw - playing f6 results in Ra6+ Kf7 Rxf6+ Kxf6 stalemate, and there's no other good way to progress. (Oh well, drawing against a master isn't bad either.)

Note that there are two components to the score. First, there's a raw score due to some sort of piece scoring system. Second, there's a positional evaluation scoring element that considers future moves and future pieces that might be taken.

At the time static evaluation is done, it looks only at that exact position and doesn't look ahead more moves. The looking ahead part is done by then.

Pawns get different scores depending on where they are. I think that most engines compute some score that says how "endgameish" a given position is, and if it's more endgameish then a pawn gets a bigger bonus for being far advanced, but that's actually guesswork on my part.

The answer is looking right at you. Below engine name ("Stockfish 9+") it says: Depth 20 -- that is current evaluation depth.

And whatever you wrote about the pawn promotion -- that's very nice thinking, but unless there's a clear promotion within the next 15-20 moves, the engine would not consider it, until it's clear that promotion can be really done, give the both sides play at their best.

Not the answer you're looking for? Browse other questions tagged stockfish evaluation or ask your own question.

17
What is an accurate way to evaluate chess positions?
13
Computer evaluations: How trustworthy are they?
2
What are the scales of the numerical evaluations of the strongest engines based on?
7
The Knight is stronger in Rapid/Blitz than it is in classical time controls. How many centipawns does the Knight gain in Rapid and in Blitz?
1
Is there a way to get MANY and FAST (but not deep) position evaluations in javascript?
3
How to use the Ponder option in stockfish / UCI
2
Why can Stockfish give different evaluations at the same depth?
2
How can I use stockfish to find good moves, instead of just bad moves?
3
How to get static evaluation from Stockfish in case that a king is in check?
2
Python Efficient Board Scoring Function To Use As Placeholder