I just played a chess ga,e whose link is: https://lichess.org/mn8mcGT7/white#15 And I reached this position after the seventh move of Black. 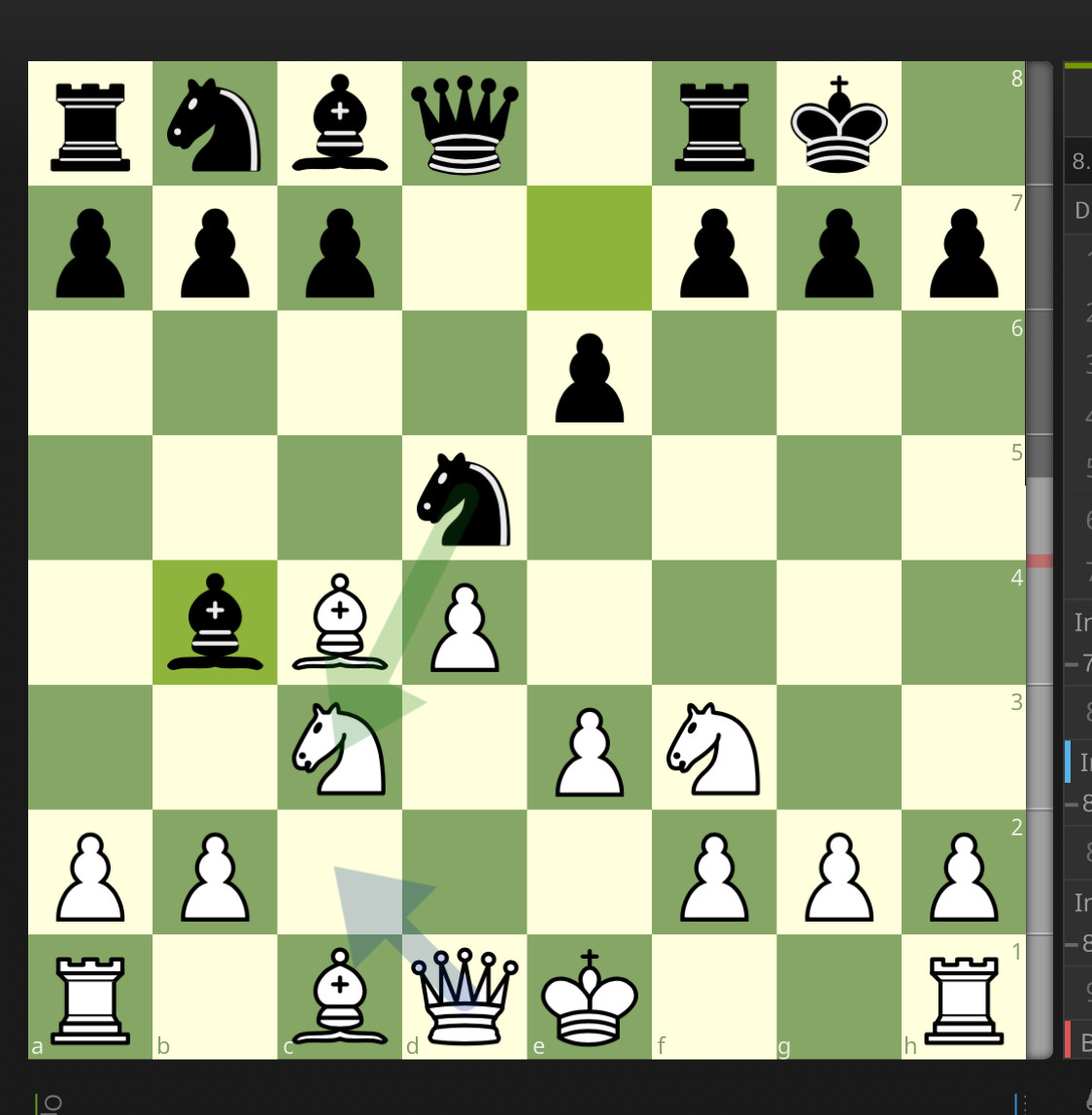 I want to know why it is wrong to defend the piece with the bishop and is the right thing to do that with the white queen.

You should always be skeptical about the "inaccuracy" annotations you get from Lichess (or similar sites) because it runs an extremely quick analysis; the small differences in evaluation that get called inaccuracies may go away when you let the engine run deeper. (Blunder annotations, on the other hand, are much more likely to be meaningful.)

While the engine initially liked Qc2 best, after letting the analysis of your position run to "completion" (depth 25) with 5 lines, the situation changes. Your results may vary because it's not even completely deterministic, but here's what I got: 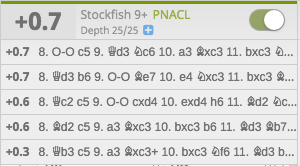 As you can see, the "best" move now is to castle! But the first four moves are practically tied, between +0.7 and +0.6, and the two moves you mentioned, Qc2 vs Bd2 are now both at +0.6. At some points while the analysis was running, Bd2 was actually ahead. And I'm sure if you let it run longer (there's the "infinite analysis" option for that), they may trade places yet again.

In practice, they are both good moves as far as the engine can tell you, so you have to decide based on human factors or personal preference. For example, castling looks like it might lead to losing a pawn. Stockfish doesn't mind it, maybe because it can "see" the compensation (or how to recover it several moves later), but you might not be comfortable risking it.

0
Moving a pawn to attack a piece on the 5th or 4th rank
2
Why is it better to capture the f pawn?
6
Question about the move h5
5
Why is 6. a3 a mistake compared to Qa4+?
8
What is the most suitable position for a bishop here?
2
Weakening the kingside with g5
7
B pawn sacrifice
3
Why does Stockfish evaluate this Lichess puzzle position as so advantageous for Black?
4
Why is Nd5 a blunder in this game?
6
What are the cases in which is good to take Qb3 in "London System'sSH" setups and why