I made a check with a pawn that was subject to an en passant movement.

The check led to a checkmate, but the rules at chess.com didn't count it as a checkmate but let the opponent make his move. He took the pawn with his pawn with an en passant movement.

It seemed a bit strange to me because, I thought that in this case the check mate would be valid, and I wonder what happens in the case the opponent plays some other piece, does the checkmate become valid?

Or he is obliged (no other move allowed) to make the "en passant" movement even in the possibility he is not aware of the en-passant type of movement? (In this case I suppose the game is won, anyway)

My idea is that the rule is wrong in this case, the check mate should be counted as valid even if the idea of the en passant is that the movement ends at the time the opponent plays, but I think in this case the king is dead. 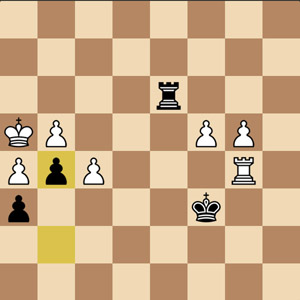 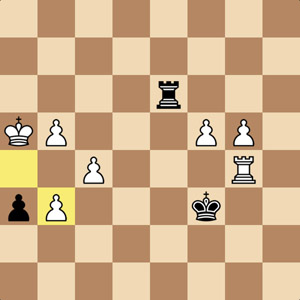 It is not checkmate if the other player has any legal move that gets them out of check. Capturing the checking piece is one such way; whether the capture is en passant or not is irrelevant for the purpose of this question.

In this case, an en passant capture is the only legal move. If the other player didn't know the en passant rule, I suppose they might lose on time unless they figure out what's going on first. Using a website such as chess.com one might be able to discover the rule accidentally, since clicking on a piece normally highlights all the possible moves for that piece.

Regarding your question of "what happens in the case the opponent plays some other piece", that would be an illegal move. A site such as chess.com simply won't allow it. In an over-the-board tournament, the consequence may vary: in blitz, the player who makes the illegal move loses; in long games, the move gets retracted and a time penalty is applied, at least for a first offense.

If White had a pawn on f4 instead of f5, would it be considered checkmate? The answer in both cases is no, since in both cases White can validly capture Black's g-pawn. There is no legal difference between performing a regular capture or capturing via en passant.

If your opponent wasn't aware of the en passant move, then you'd probably win the game via the clock :)

If you take the privilege of being able to move the pawn 2 squares, you must also accept the qualification that the pawn can be captured en passant. These two rules work together. Your footsoldier leapt past an enemy footsoldier who could stab you on the way past ("en passant") so yours was dead before he landed if the enemy took this option. A dead soldier can't check. "Stabbing on the way past" is a retrospective choice, but once the pawn has been confirmed as having safely landed ( by a different move from the enemy ) it is just like any other pawn.

That is not a checkmate. The opponent is right in taking the offending pawn en passant.

29
Rules: en passant and draw by triple repetition
42
Can a piece pinned to my king put the opponent's king in check?
8
Outcome of a game in case of an illegal checkmate
9
Rules: How does right to castle and en passant get considered for the purpose of calculating a threefold repetition?
5
Was this a valid draw?
5
Knight + King vs Knight + King - Loss on time
7
Mate with both hands: Result?
7
What counts has “having enough material to mate”?
2
Can pieces follow different paths from one square to another in a single move?