Why h4 is the best move here? 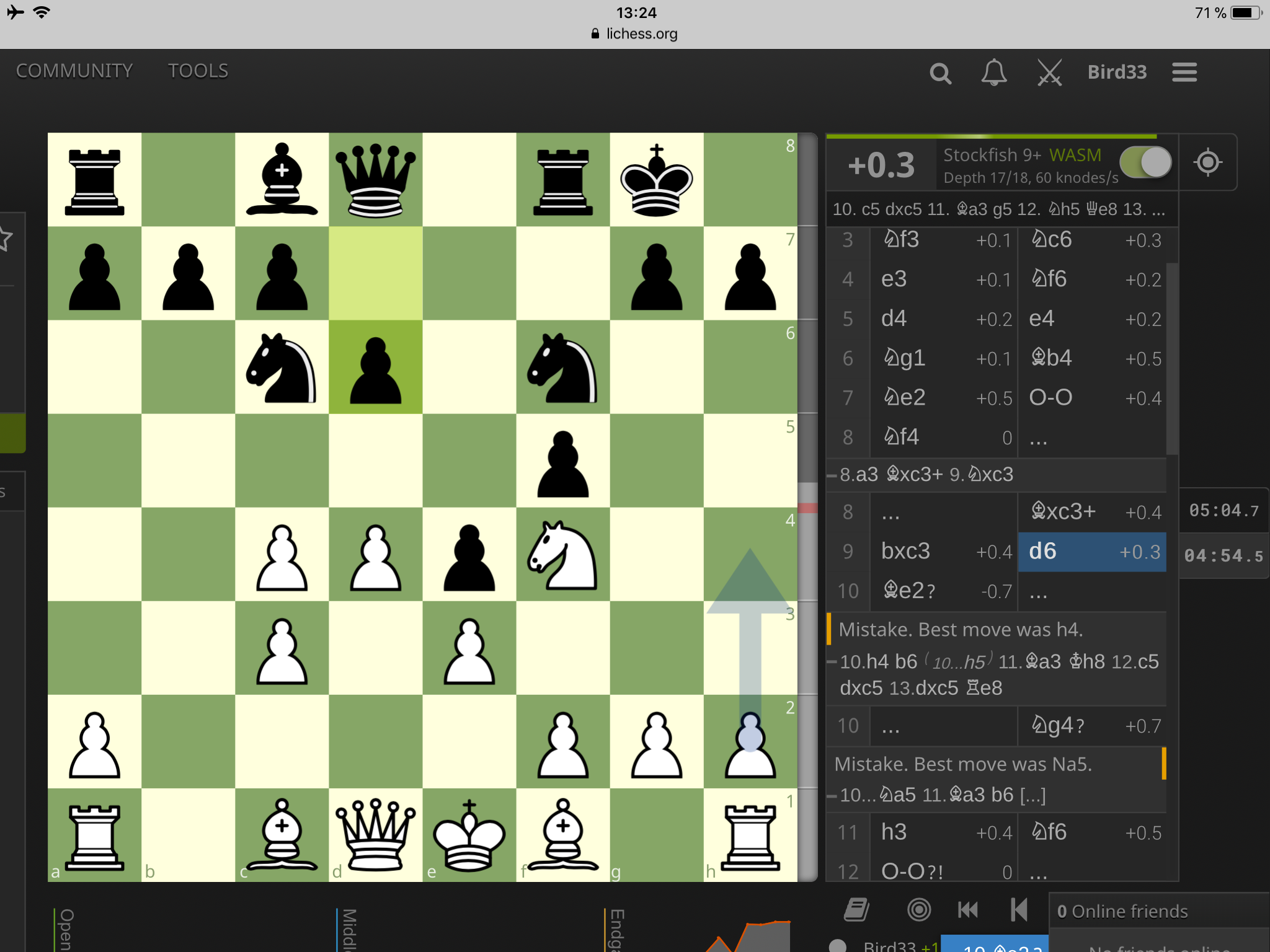 Is not bishop to e2 better? Why does the kingside has to be weakened like this?

Thanks everyone for your answers. You all argue that the knight must remain on f4 so h4 prevents kicking it out. However, I just found another game in which h4 is played and this time there is no keeping the knight on f4. Could someone tell me what else happens here? 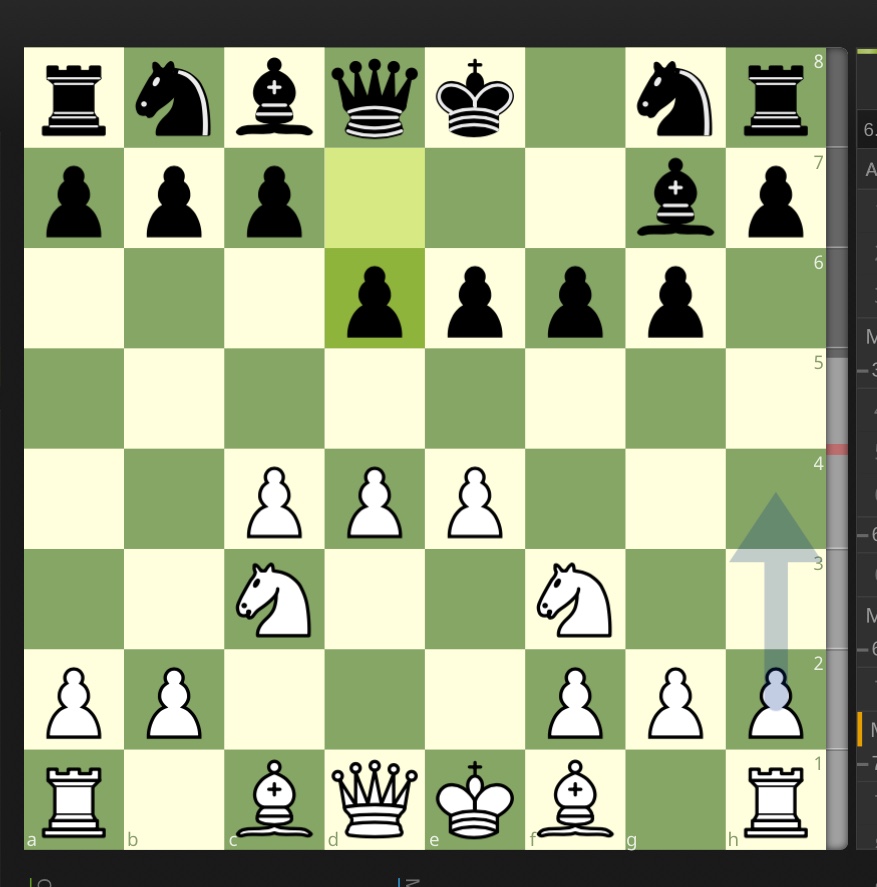 You're trying to analyze the very equal position with no significant tactical potential. Depending on minor tweaks of your engine settings, you may get a few "good" moves, including Be2, Ba3, c5 -- all approximately equal.

Computers at lichess have limited resources, hence they spot only obvious stuff, and have a limited precision when evaluating moves.

If you move h4 -- you're down about 0.1 pawn, I would not lose a sleep about that, Be2 is good enough and you should not worry what stupid engine says =)

Disclosure: I'm actually running one of the lichess analysis boxes, so I took a deep dive into the details. Here's what I found:

As I have said earlier, it all depends on the minor tweaks of the engine parameters, the score difference is negligible and h4 is no better and no worse than a few other moves -- play what you like and don't worry about what computer says.

Answering the second part of your question, here's my analysis: 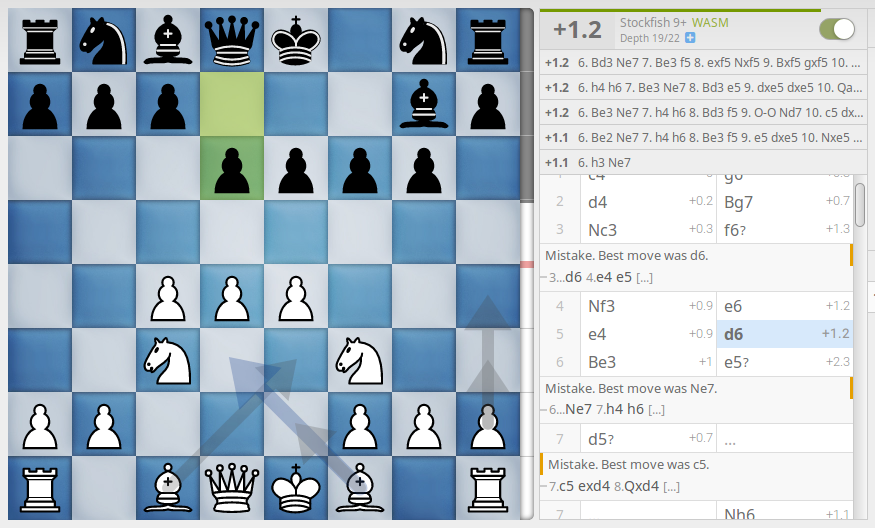 Bd3 seems to be "the best", with h4 and Be3 sharing the second place. Actually, while analysis was running, 4 or 5 top pretenders constantly swapped their places, sometimes h4 was on the top. Probably, if I run the analysis deeper, there will be a few moments when any of the top 5 moves will be declared "the best".

All in all, the analysis is not exhaustive, and it does not guarantee to give you the "absolute best move". The main purpose of the analysis was to spot your mistakes (8. h3? was clearly a mistake, losing 0.5 pawn), and propose something better, not necessarily the best. 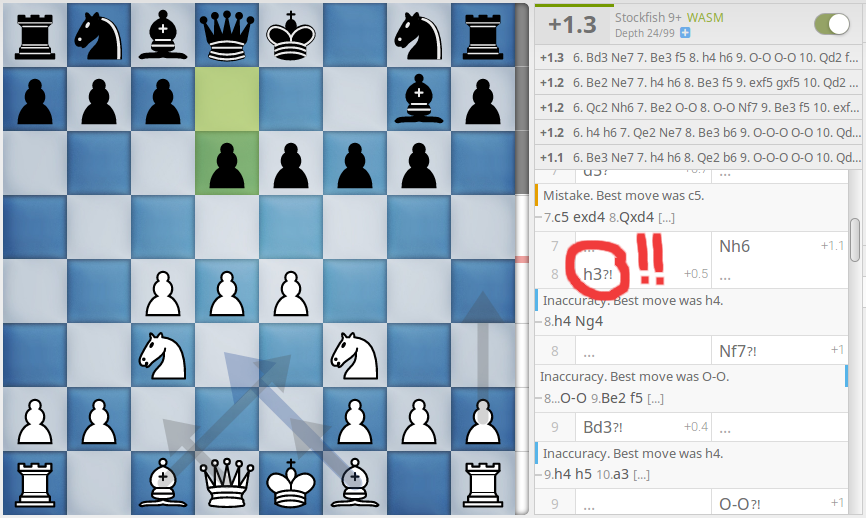 As mentioned, it's all about keeping the Knight on f4. That outpost needs to be maintained and ...g5 is stopped by h4! Yes, g4 is weakened but to quote Bobby: "You have to give up squares to get squares".

Also note that if Black plays ...h6 hoping to play ...g5 you can play h5 and that knight is not going anywhere.

Piece activity can be more important that weak squares or even weakened structures. You can go over the Kasparov - Short world championship match an see how Short took on doubled pawns, etc. but was compensated by good pieces.

With h4 you prevent g5, which would kick your knight.

As a novice, it's hard for me to see why 1. Be2 g5 2. Nd5 is putting White at a major disadvantage, but I do feel it puts White on the defensive. Black has gained space and potentially a kingside attack, but may be overextending. White's knight is centralized, and black may trade it away leading to a centralized pawn structure for White with a potential target pawn aiding the Black's light bishop and weakening White's. White needs to protect their center while anticipating heavy kingside pressure in terms of pawn pushing backed by rooks.

Compare that to 1. g5, where White seems to be restricting Black's expansion. This may allow White to develop into a stronger attack without worrying about the kingside pressure.

I'm unsure about responding to g5 by moving the knight to the h-file. I don't see any benefits to White's position there.

I am writing this answer in order to explain my thoughts about the second position I provided. I have come to the conclusion after playing similar positions that h4 is played in order to weaken my rival’s kingside. That is why they have to play right away h5. Otherwise, my h pawn will have to be exchanged by the g pawn, opening a file for my rook. Although admittedly this does weaken my own kingside, there seems to be no danger and probably, I will eventually castle queenside. The sinequan reason for playing h4 though is that my rival has played g6 in order to fianchetto his bishop and so a weakening can be induced in my opponent pawn structure. In case someone has concluded something different feel free to correct me.

6
Analysis of Viswanathan Anand vs Vladimir Kramnik in the 2013 Zurich Chess Challenge?
7
Analysis of a position-Why is my move so bad?
8
White's c5 in Semi-Slav (or Slav) Defense
7
what does this move achieve?
2
Why is exposing my queen for capture better in this position (According to computer analysis)?
6
Why does Caruana kick Aronian's bishop?
0
Moving a pawn to attack a piece on the 5th or 4th rank
6
Question about the move h5
8
Reason why a kingside attack is not justified
2
Why is h4 a good move here?