Is preventing an opponent from castling considered an advantage?

All else being equal, if you have forced your opponent to move their king, thus preventing castling, would that be considered an advantage?

It'll depend on the rest of the position.

If it's relatively open, chances are you can keep the opponent's king in the center and launch an attack. This might well be a decisive advantage; preventing castling on both sides can be much harder than just one side or none at all. It's worth noting that 'artificial' castling (e.g. Ke8-f7, Rh8-e8 and Kf7-g8) takes three moves instead of one, though the rook might end up on a better file than after a regular kingside castling.

If the center is closed and stable, players often don't even castle at all. A king's move to the second row might be enough to connect the heavy pieces. In such a position, being unable to castle is no disadvantage at all.

As @user1583209 notes, in the endgame, the center is usually the place to be for the king, making castling an unattractive option. In general, the fewer pieces on the board, the less of a disadvantage it is not being able to castle.

Yes, as you take away an option for them to move the King into a safer position.

Generally, yes. Castling is a quick way to develop Rooks and move the King into a safer position, and denying this option by forcing the King to move can seriously jeopardize the opponent's King safety and make them stuck in the center.

You can follow this up with an attack and try to open up the center as much as possible, further exploiting this weakness. Thus, preventing the King from castling opens up a very good opportunity for an attack especially in the Middlegame or the Opening.

However, there are some positions where preventing the opponent castling is ineffective. For example, in Endgames where King safety is less of a concern and the back rank is often free for the Rook to develop, preventing castling doesn't do too much. 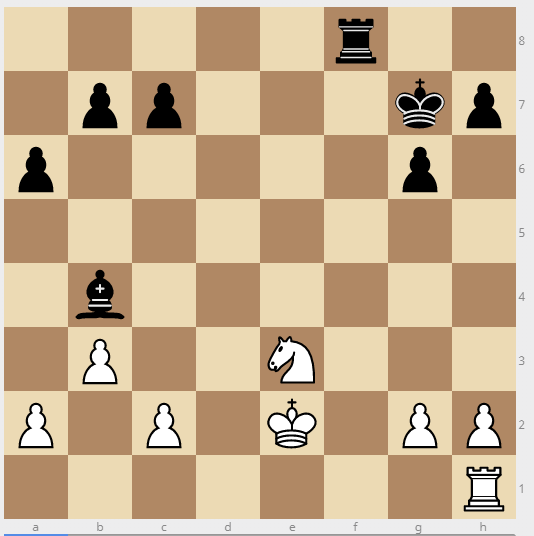 In addition, in closed games with tight pawn structures in the center, it's harder to exploit the King in the center by attacking. Although it might be troublesome for opponent to develop Rooks, it's less of an advantage to prevent castling. 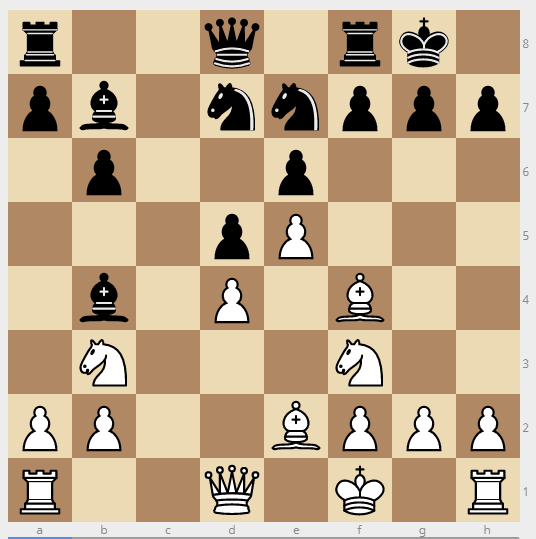 All in all, it's usually considered a good advantage in Openings or open Middlegames as it allows for opportunities of attack.

Still being able to castle can be a life-saver:

Whether white wins in two moves or black wins in a few simple moves in this (contrived) situation (white to move) depends on whether or not 0-0-0 is still allowed. Thus, all else being equal, having prevented castling before the above situation is an advantage.

Everyone seem to agree that preventing castling gives an advantage unless the position has few pieces and the king needs to be more active.

But the following video may prove interresting: youtube.com/watch?v=8T3WRf-yOs8

(Black is upposedly played by fischer, or someone posing as fischer and using a strong engine?)

Black moves many times his king in the first few moves of the game... and wins.

(There are actually several of those in a series of games against the same opponent).

They are indeed quite interresting as the many moves "wasted" (+ the castling) do not prevent this Fischer from winning against a top-of-the-world level of opponent, multiples times...

It is not at all a proof that castling is not mandatory, but at the very least it makes one wonder if the castling is so important after all...

Some Reasons to Castle

Two of the main advantages to castling is it brings the king to a harder square to attack, and it also moves to rook to the inside of the 1 or 8 rank, where it can connect to the other rook (as most pieces are likely developed at the moment) and this rook also can attack the center pieces, such as an uncastled king.

Some Reasons Not to Castle or to Delay It

There are a couple positions where you wouldn't need to castle immediately, such as tempo, defending, and attacking.

Edit: Also noted by user “THB” you may not be immediate threat to castle, but in certain instances you may have the flexibility to decide which way to castle which means delaying can force your opponent to not commit to heavily on positioning pieces to attack a certain side, or castle opposite to the side attacked by the opponent. This also includes the queenside castling rook centralization which could be integral in maintaining tempo and attacking the center.

For attacking there are many opening traps, or blunders on the opponent that you can immediately take advantage of.

In general, it's advantageous to prevent your opponent from castling if you can, particularly in an open position where you might be able to get at the king in the center quickly. In a closed position, that takes more time, so it might not be as critical. And of course if the queens go off, then you're in an ending where it's generally better to have a centralized king and castling might be dispensed with entirely.

Cost vs gain. Simple. What do you pay to get the chance to prevent your opponent from castling? And ultimately, again, it all depends on whether you can take advantage of the opponent king's vulnerability in the follow-up.

If you sacrifice a pawn to give your opponent a check that will force them to move their king, but have no clear plan to follow that up, I would ask you to reconsider that decision.

Not the answer you're looking for? Browse other questions tagged strategy theory castling or ask your own question.

20
To what extent should you prevent your opponent from castling?

24
What should I do about the dilemma of castling early?
20
To what extent should you prevent your opponent from castling?
3
Can a rook put an opponent's king in check as a result of castling?
6
Castling rule clarification
4
Is opposite side castling an advantage?
9
Rules: How does right to castle and en passant get considered for the purpose of calculating a threefold repetition?
4
What effects would being able to capture while castling have?
2
Castling vertically problem
3
Reasons why castling may be the only winning move