Which opening will develop both bishops like the following diagrams?

I'm looking for a chess opening that would result in something similar to the following end-positionings:

A nice open diagonal for the bishops. 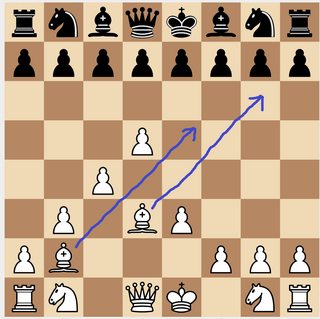 or maybe the other way: 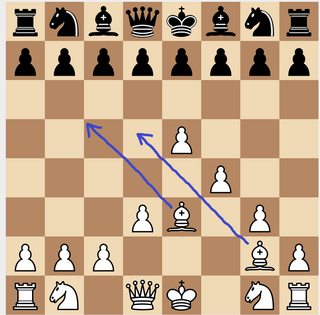 Also, what are the strengths & weaknesses?

As far as putting your light-squared bishop in d3 with an open diagonal is concerned, you could look at the London system as an example. The difference with respect to your first diagram is that the dark-squared bishop goes to f4 and the b, c, and d pawns stay one square behind.

Getting your pawn to d5 in the opening can be difficult because Black has to allow it; in many queen's pawn openings black replies ...d5 on move 1 or 2. One example where Black doesn't is the king's indian defense, but in that one Black quickly takes control of the a1-h8 diagonal which can stop you from opening it safely (you could start with 1.b3 to take that diagonal first, but then you are unlikely to be able to complete the rest of your plan).

In short, I think it's unlikely that you'll be able to develop in such a way. Five out of your first seven moves are pawn moves and Black has lots of ways to interfere with your plan.

(I see now an answer that does get the bishops where you want to, but at the cost of two pawns. Not sure if that's a price you are willing to pay.)

Danish Gambit is a possibility. There is no free lunch, no strong players will allow you develop your bishops like what your described without any compensation. You will need to gambit two pawns for this line. 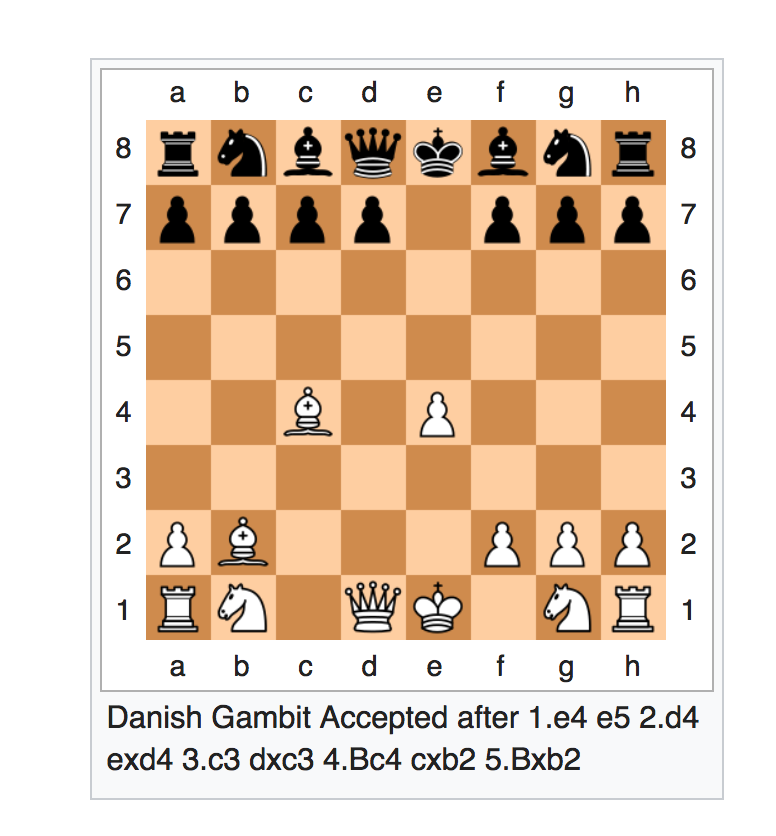 It is quite meaningless to discuss openings for one side only. Any opening between reasonably advanced players is always a struggle for an advantage and black has many ways to interfere with your plans.

Taking your first diagram for instance as an example, with the same number of moves (7), black could for instance achieve the following setup:

which looks perfectly fine to me. White's bishops are not all that much threatening anymore and black has good control of central squares and potential for a king side attack. You can get a similar setup for your second example.

If you do want to play an opening without having to care what black does (a so called system opening), I suggest to look into the Colle-Zuckertort system

Not the answer you're looking for? Browse other questions tagged opening bishops or ask your own question.

34
The London System: Can it be broken?
6
Can you recommend a closed opening for black against 1.e4?
8
What factors define changing popularity of different Openings over time?
4
What are good books for learning Queen's Gambit opening
3
Slav - Theory Heavy Book
4
When should I trade into opposite colored bishops?
2
How to decide whether to exchange (good/active) bishops
7
Knowing when to play Nc6 vs Nbd7 in the Najdorf Sicilian as black?
2
Knights on c3 & f3, bishops on d3 & e3 - what is this called, and is it sound?