Are the best engines better than the best humans?

I think the title asks it all.

Under match conditions, would the best chess engines routinely beat the best grandmasters?

If you say yes, have there been enough matches played under tournament conditions to offer credible evidence?

The engine alone is just one factor; the number of CPU's used, memory, etc. makes the engine stronger. The same engine on an Intel 286 will not be nearly as strong as on the Cray Titan supercomputer, for example.

Also, the number of cores makes a difference too. For example, Houdini 3 can take advantage of 32 cores if available. But from the list below, which gives the PC configuration along with the Elo rating, it is clear that the best engine on these PC's is even much stronger than the best chess players.

This is why you do not see GM's play against computers any more (no GM wants to end up with 12-0 match result, even if it is against a computer).

So, yes, we humans are no match to computers in chess any more, it is a lost case. But we still have the game GO where humans are much stronger than computers (still). So it is not all lost.

PS: I was sitting in the theater in London watching the game where Kasparov lost to the computer in the 25 minutes chess game, I think this was in 1996 or so. Kasparov was really upset after the game. He rushed out of the theater surrounded by 10 or so of his entourage, and he did not look happy at all. This was what, 15 years ago?, I took many pictures of the match, since this was the first time I saw Kasparov in person. Here are 2 pictures from my personal collection: 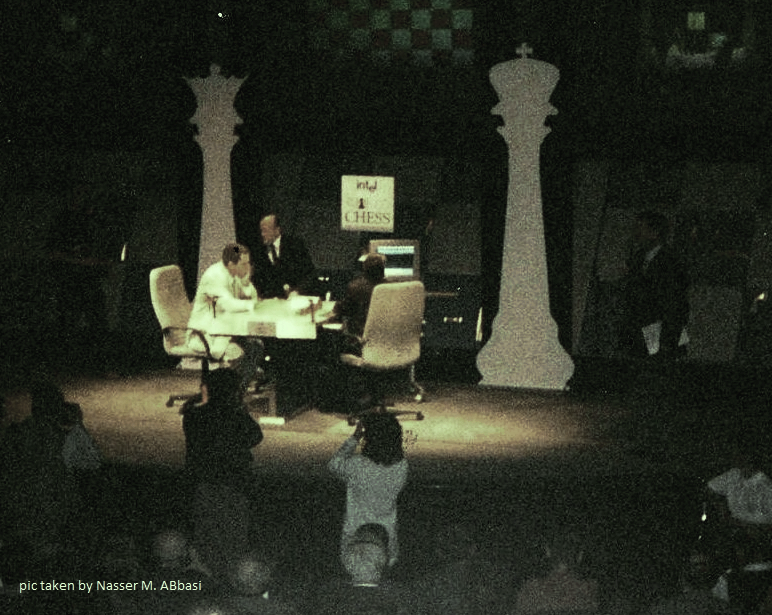 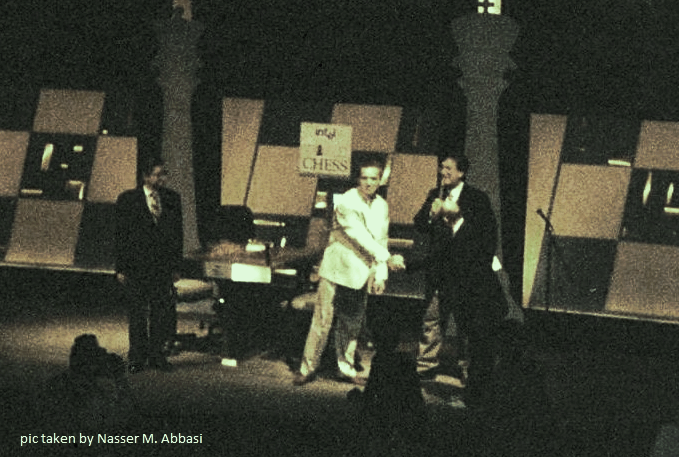 I found 3 more pics that are better quality. Thought to post them. I think this event was the first time Kasparov lost to a computer in an official game. This was in 1994, not 1996. I found a newspaper reference to this event

So these pics are from the above game ! 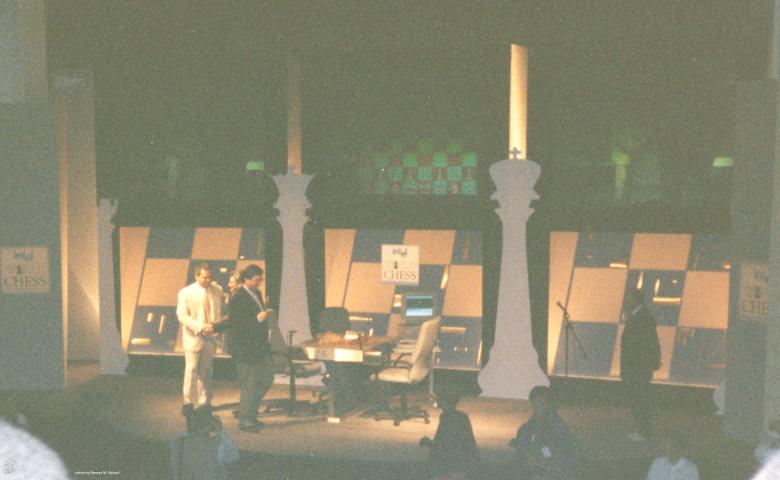 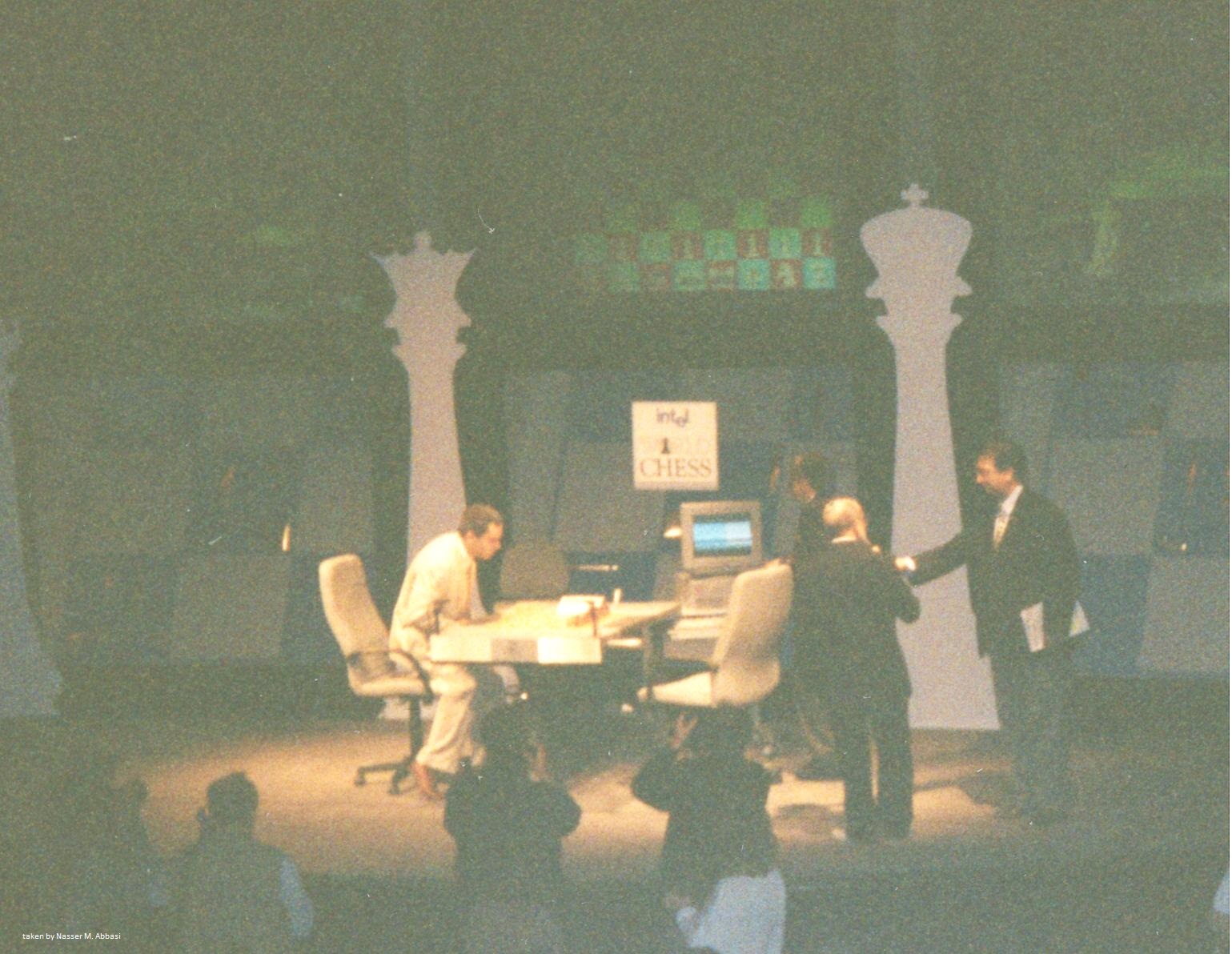 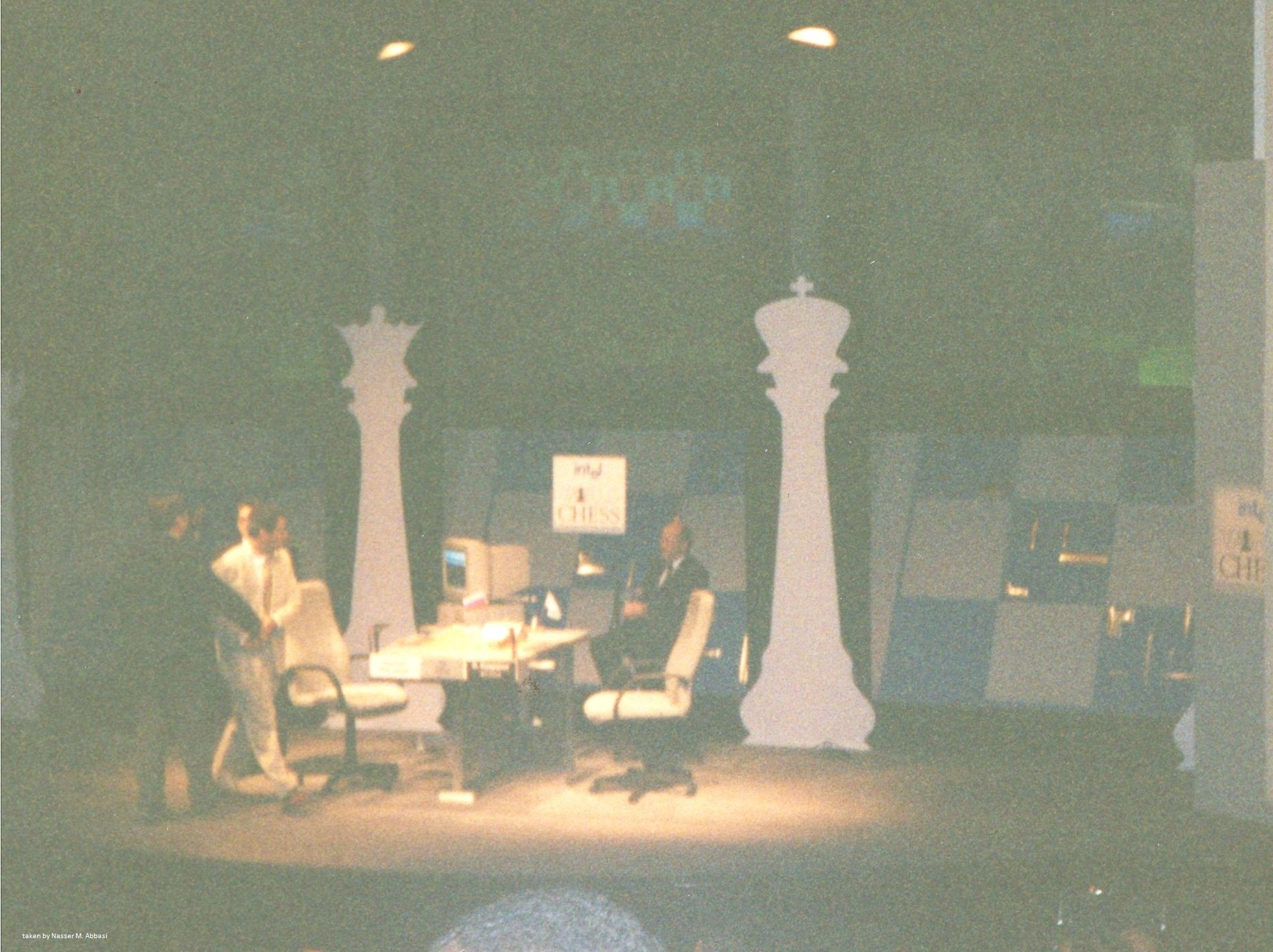 Engines just use brute force to find the best move. So better the hardware the better they will perform. In addition they use huge databases that contain the best games played by humans.

However the current hardware is not sufficient enough for any engine to build the entire game tree (and thus play perfect chess).

Therefore there is still a chance (albeit small and getting smaller) that the best human mind can beat an engine.

Of course the last major event that happened - Kramnik – Deep Fritz(2006) ended with Kramnik losing 2 games and drawing 4 (and winning 0).

I believe if the opening book is removed, then the GMs will have a good chance.

Not the answer you're looking for? Browse other questions tagged engines rating tournament or ask your own question.

15
Why are there no more exhibition games between top players and computers?
6
How high is the level of professional blitz tournaments?
3
Would the Elo rating system remain useful if different tournament formats were used?
2
Human–machine stronger than machine?
2
Python Engines to Beat to Take the Crown
3
Does the winner of the women's Oceania Zonal qualify to play in a world championship match?
5
Initial FIDE rating below floor, what happens?
21
Are there any moves that humans agree are best which engines cannot see?
12
Has there ever been a consultation chess match?