I need help Identifying where exactly this set came from 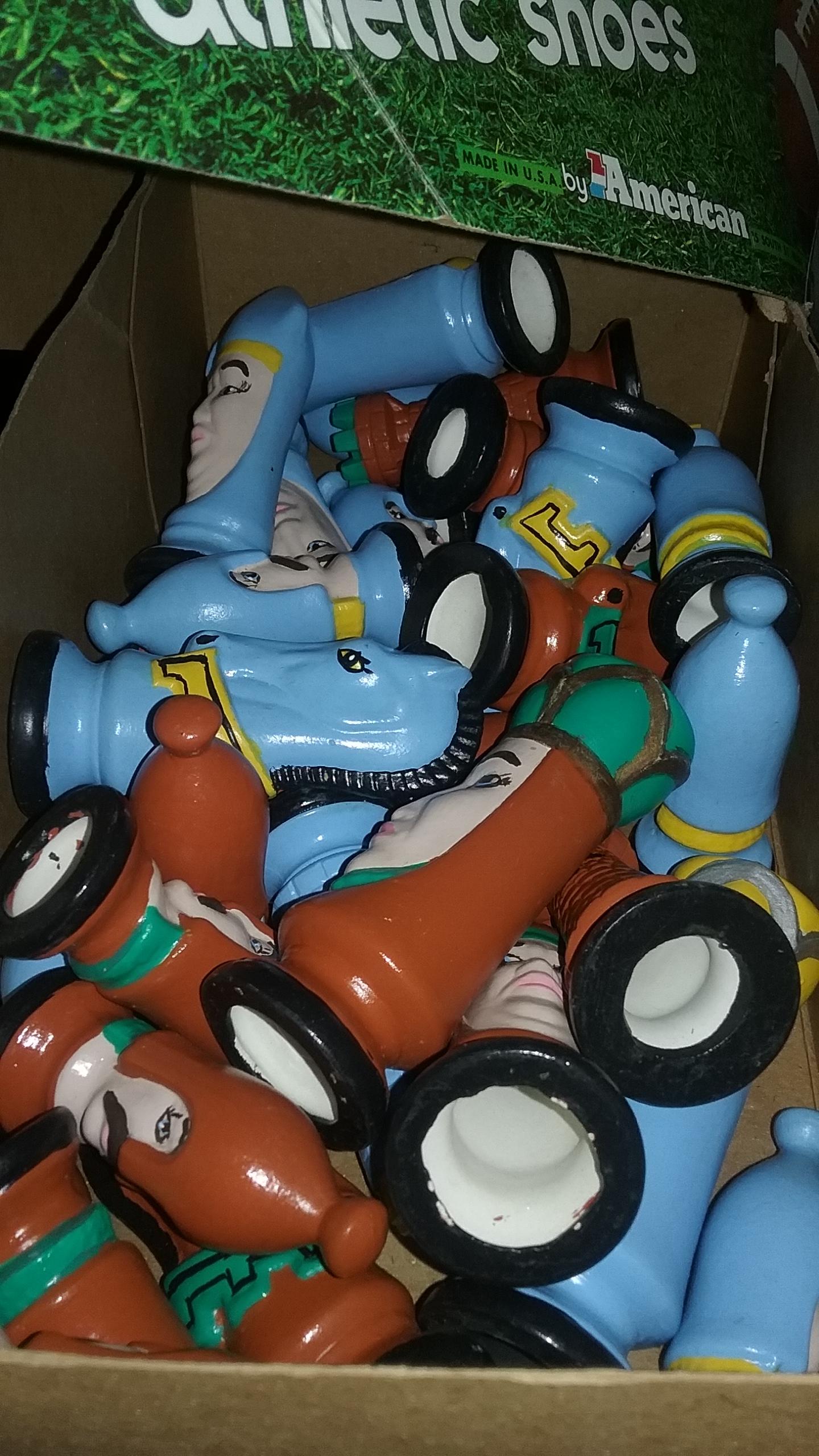 I need help Identifying this. My grandfather was in ww2 and at one point in the navy he went to Russia and met a Russian Naval Officer to whom he traded for this set, and the officer said he got it from his grandfather, but I'd like some true speculation on it please.

Here's the same set on ebay. More pictures of yours would be helpful.

Perhaps the seller can help you learn more.

If you Google for "ceramic duncan medieval chess", you'll get a lot of hits.

Other than colors, that looks identical to a set my mother made for me back in the 1970's or early 80's at a local ceramic studio. She made it from molded greenware (unfired clay) and hand painted it. She made a few of these for other chess playing family members & friends, using different color combinations.

While the story you state is nice, I'm sorry to say it seems likely to me that the set in your picture was made in a similar fashion to mine, instead of being acquired in a trade from an officer in the Russian Navy.

Update: A similar set is now on display at the World Chess Hall of Fame. The first molds for sets like this were probably created in 1960's or 1970's by a company then known as Duncan Ceramics Products. As long as the link is good, you can see the set on display and read more at:
https://worldchesshof.org/exhibit/featured-chess-sets-2022 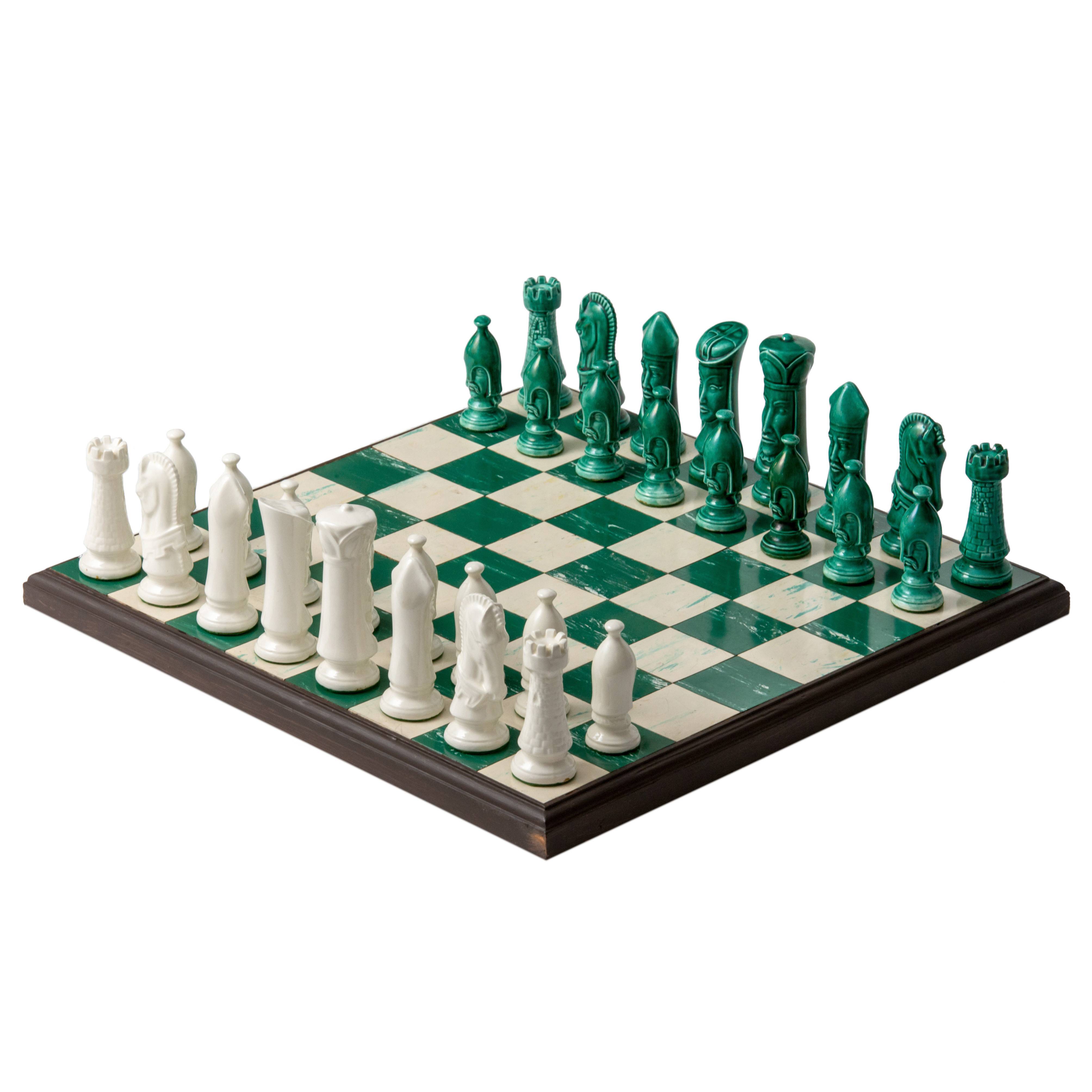 Not the answer you're looking for? Browse other questions tagged chess-set identify-this or ask your own question.

0
Where to buy my favorite magnetic chess set
3
What's the name of this set design?
7
Identify this chess set with heavy painted metal pieces
3
I need help Identifying this chess set
34
Where can I find this game with a sacrifice followed by a long series of checks leading to a discovered mate?
3
Looking for the right size for a box in which to store my chess set