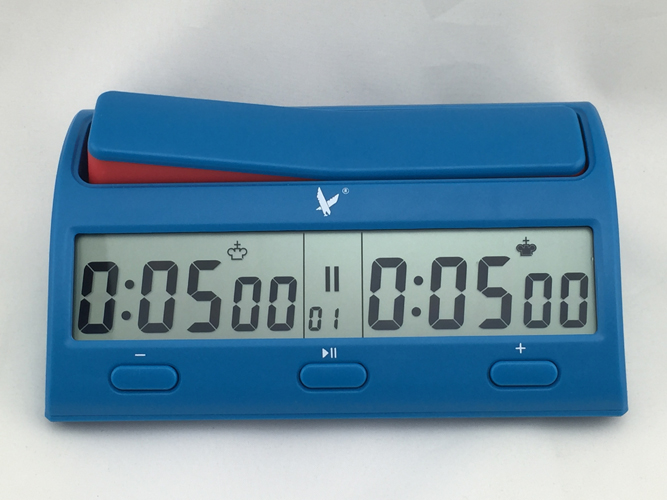 The advertisements for this clock say that it has a pre-set count up feature, but I cannot find it, nor does the instruction manual say anything about it. Does anyone know if this clock has a count up feature and if so, how to use it?

I honestly don't know either, but as far as I can tell (and if someone else can verify this for me that would be great), this is essentially the same clock as the Wholesale Chess Advanced Digital Timer, except in blue. If you google that clock and look at pictures, they seem identical, including having the same description of the various modes on the bottom of the clock, laid out in an identical format. The on/off switch is located in the same place, both clocks have the same shape and the same buttons, and the same modes as far as I can tell (I did not do a mode-by-mode comparison, but they both have 38 pre-defined modes, one user-defined mode numbered 00, and they both allow you to save changes to a single pre-defined mode, labeled F). Anyway, the Wholesale clock does not seem to have a count-up timer, so I strongly suspect this one does not either.

Not the answer you're looking for? Browse other questions tagged chess-clocks or ask your own question.