How do people use chess software in large countries like China, India or Russia, if they don't speak English, and more importantly, if they don't know Latin letters? With unicode there's not big problem to localize software for these countries, but what about names and databases? Are there special databases for these regions, using their symbols? 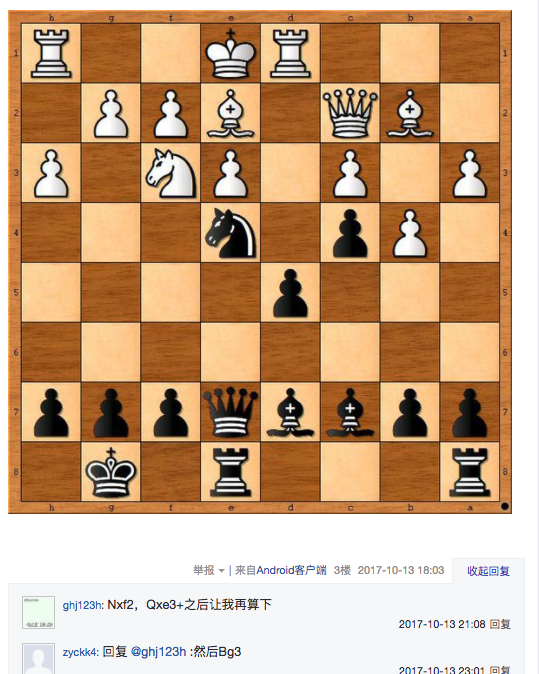 The Chinese players don't need a new software because they can use Chinese in a chess software.

In the screenshot, I have Mikhail Botvinnik in Chinese in my ScidVsPC software.

How do people use chess software in large countries like China, India or Russia, if they don't speak English, and more importantly, if they don't even know Latin letters?

If they play FIDE rated chess then they are required to know the letters a-h.

Here are some excerpts from the FIDE Laws of Chess -

Article 8: The recording of the moves

8.1.1 In the course of play each player is required to record his own moves and those of his opponent in the correct manner, move after move, as clearly and legibly as possible, in the algebraic notation (Appendix C), on the ‘scoresheet’ prescribed for the competition.

C.2 Each piece is indicated by an abbreviation. In the English language it is the first letter, a capital letter, of its name. Example: K=king, Q=queen, R=rook, B=bishop, N=knight. (N is used for a knight, in order to avoid ambiguity.)

C.3 For the abbreviation of the name of the pieces, each player is free to use the name which is commonly used in his country. Examples: F = fou (French for bishop), L = loper (Dutch for bishop). In printed periodicals, the use of figurines is recommended.

C.4 Pawns are not indicated by their first letter, but are recognised by the absence of such a letter. Examples: the moves are written e5, d4, a5, not pe5, Pd4, pa5.

C.5 The eight files (from left to right for White and from right to left for Black) are indicated by the small letters, a, b, c, d, e, f, g and h, respectively.

You see that a player may use the alphabet of his country for the abbreviations for the pieces but not for the files. According to the rules players are required to use a-h.

Some time ago I asked one of the arbiters at a very large international chess festival who was tasked with entering the tournament games into pgn for sending to FIDE how often he had to deal with non-English alphabet entry for the files. He said that at lower levels (not Open) there were quite a few cases but in the Open none. Nobody was penalized for incorrect notation.

Regarding the use of different alphabets for the abbreviations for the pieces one senior arbiter I spoke to said that for the pieces the player should either use his own alphabet or the English alphabet. It is not allowed to use a third alphabet. In the 1970's and 80's the English player Tony Miles used to use the Russian Cyrillic alphabet for the pieces when he wasn't playing Russians. This arbiter would not have allowed that. I think this is going too far.

30 or 40 years ago most high level chess literature was in Russian. Nowadays it is English. Any ambitious chess player will need to be able to read English. I suspect as Google translate gets better this need will diminish.

Chess is like software engineering, like science. When I worked in Germany the C++ compilers used required you to write "for" loops not "fuer" loops. Of course programmers sometimes used German variable names and put comments in German but they needed to know enough English to write standard C++ code in English.

Similarly scientific papers in non-English speaking countries are published in English if they are to be read internationally.

Not the answer you're looking for? Browse other questions tagged software database or ask your own question.

0
Quality of inputs in chess game databases?
3
Freely available PGN databases
10
Are there any (free) games databases out there?
1
Endgame Databases
1
Meaning of move stats in opening databases
2
Chess games ownership, databases to use in app to sell
2
Analysing Positions in Databases with a program
2
What are the biggest free chess databases? Is it legal to download games from them?
4
Professional Databases and Historical Games
6
How do OTB games end up in databases?