What are the rules of Quantum Chess?

The game Quantum Chess, as seen in the video where Paul Rudd defeats Hawking, has no "set of rules" written down. You either have to do the in-game tutorial, watch a video on the game and pick them up.

So what are the rules of Quantum Chess?

This refers to the game (currently only available on steam) created by Chris Cantwell.

The board and pieces 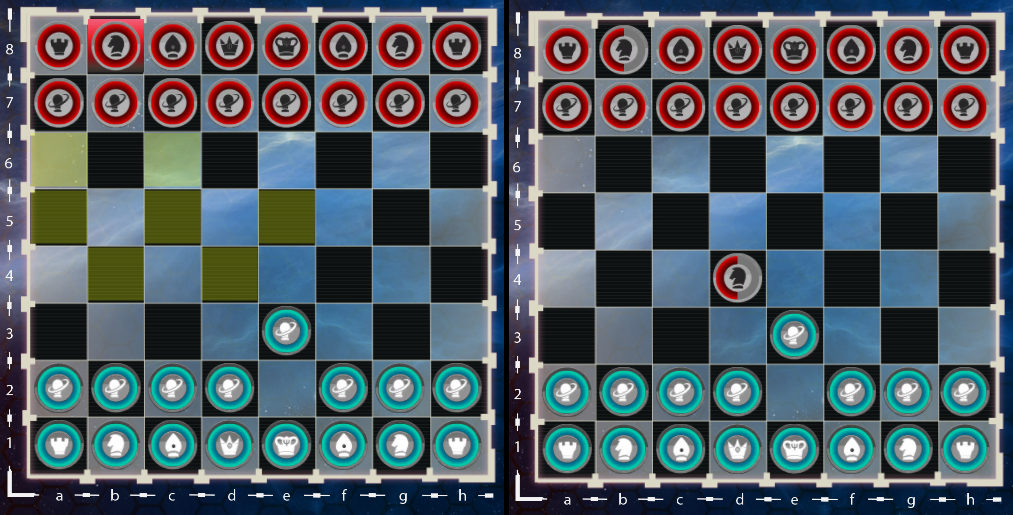 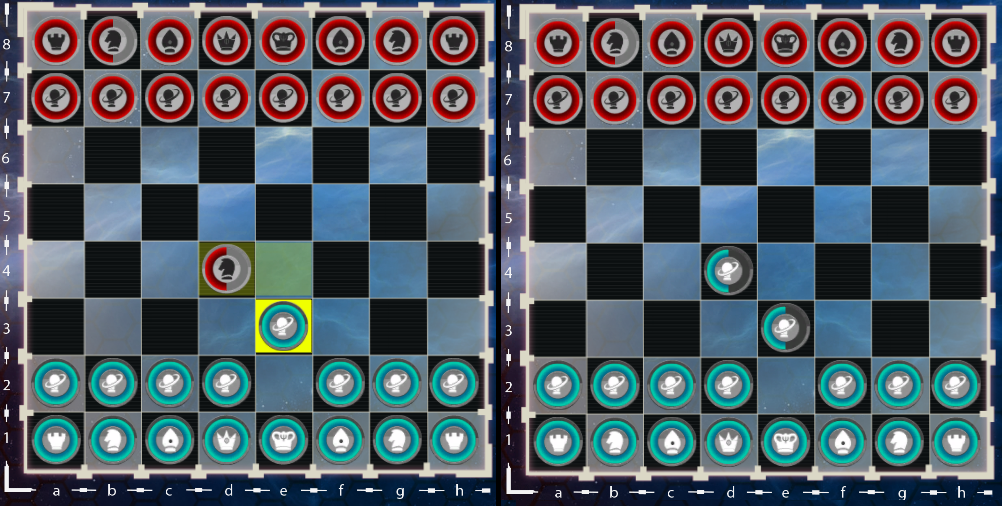 The following "rules" are combinations of rules from above, however they are worth mentioning as useful tactics: 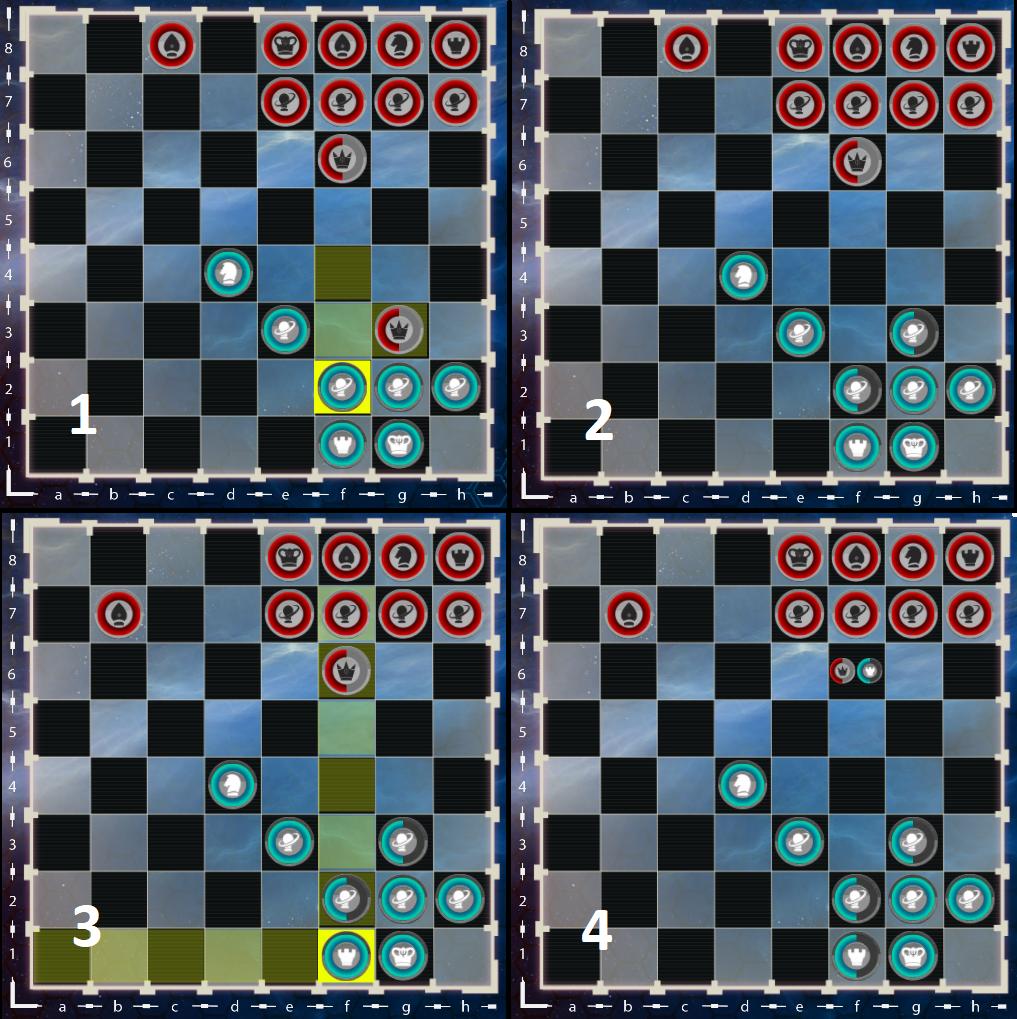 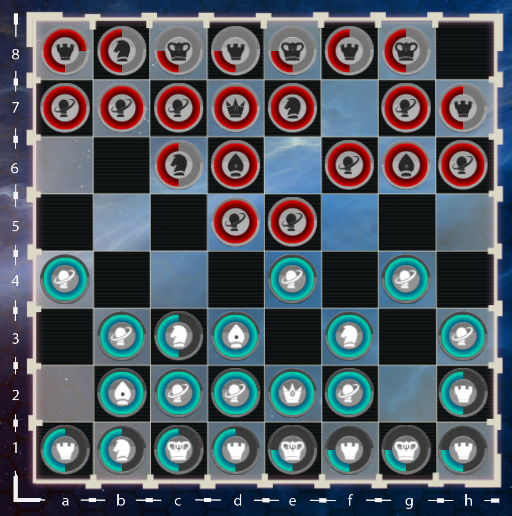 Here's a shorter answer than Aric's, based on my reading of Chris Cantwell's blog post "Quantum Chess" (February 2016). That post ends: "In the next post I’ll go into entanglement and a bit more on the quantum move!" But it seems that the author never actually came back to write any followup posts (possibly because there's not much more to say about the game ;)).

TLDR, I'm not aware of any "quantum" aspects to the game. It's more like "5D Chess with Multiverse Time Travel," except without the time-travel part. Here's the rules:

The game state consists of an arbitrarily large collection of ordinary chess positions. It may help to think of this collection of boards as shares of stock in a company. Each time you make a move, you can either:

What about check? In short, Quantum Chess does not do "check." Kings are not forced to move out of check.

When the collection of active boards becomes empty, the game ends. Whoever made the last move (the move that captured the king on all remaining boards simultaneously) is declared the winner.

Non-rules, and flattening for display purposes

The Quantum Chess app displays the current game state by "flattening" the collection of board positions into numerical probabilities, square by square. For example, if on 47% of active boards square d7 is occupied by a black queen, and on the other 53% d7 is empty, then the app will display on d7 a black queen icon surrounded by a colored ring that is 47% full. If it's got a black queen 47% of the time and a white pawn 10% of the time, the app will display both icons together in the space with appropriately colored rings. However, this is just a display gimmick! There is no sense in which "both pieces" occupy the space, and they cannot in any way "interact" with each other.

Some rules questions to which I personally don't know answers

Feel free to leave comments (or even edit this answer directly), and I'll try to keep up. 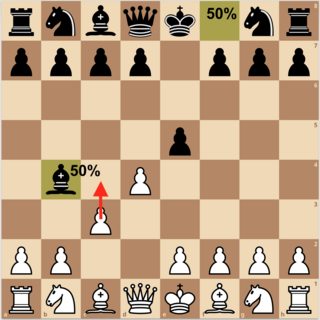 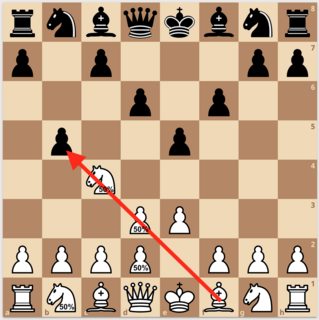 From the "flattened" display representation, you might think that the bishop stands a "25% chance" of making it to b5 for the capture; but in fact the knight and pawn are "entangled" (in Cantwell's terminology) — every active board contains either a knight blocking c4 or a pawn blocking d3. So, is Bxb5 simply not-allowed-as-a-move and White must play something else? or is Bxb5 permitted and considered tantamount to a "pass"?

Is the answer any different if White claims they're making [Bxb5] as a quantum move? 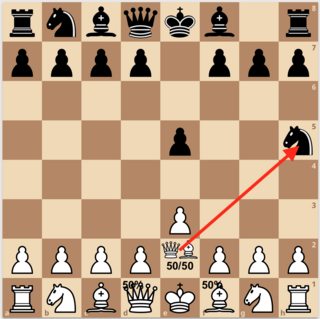 What if the move is e5xf6, always the same white pawn capturing the same black pawn, but on some boards it's en passant and on others it's not?

3
Is attempting to capture the king advisable in this position?

14
What are the different rules for claiming a draw?
11
What chess *scoring* alternatives exist?
4
Theoretically, is the analysis of the moves more complex if the objective is to be the first to be checkmated?
2
What are the rules for pawn wars?
3
Is attempting to capture the king advisable in this position?
12
How likely is it that a non-orthodox promotion is optimal?
14
What is the result? (Rules + puzzle)
1
What are the rules of Glinski's Hexagonal Chess?