I'm looking for annotated games by top GMs featuring the Dutch defense. These could be in a book with lots of other non-Dutch games. Unfortunately Botvinnik's "Botvinnik: One Hundred Selected Games" as I recall doesn't have quite a half dozen and they are all Stonewalls: I'd like some "Classical" variation games too. How about "Zurich International Chess Tournament, 1953"; Bronstein played the Dutch, didn't he? Unfortunately with Amazon's "search inside" feature it doesn't look like the games were indexed by opening. As you can tell I don't mind if the games are old-ish (and this will weed out lots of Leningrad Dutch's I'm not necessarily interested in at this point), though I'm also open to more recent games too. Thanks in advance.

The World Championship Match between Botvinnik and Bronstein in 1951 contains quite a number of Dutch Defense games. I didn't find many books about the match, but there was one by Botvinnik that may provide a good reference point.

The Killer Dutch by GM Simon Williams includes 24 annotated games, as well as a lot of great advice and new ideas for Dutch players. It focuses mainly on the Classical Dutch, so it sounds ideal for you. 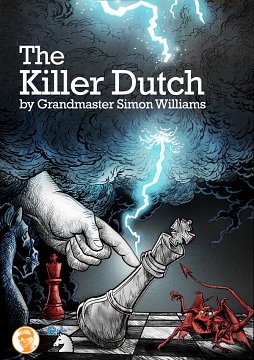 There's also an accompanying DVD that's very decent, available from Simon's own site here or as a digital download from OCL.

Check this link out on chessgames.com: for ECO A91 dutch defense:

7
What is the book containing this puzzle with an unexpected answer?
11
Annotated games in the Makogonov Grünfeld?
1
Looking for a repertoire book on the Spanish with 5.d3 (4.d3 vs the Berlin)?
5
How to proceed with the book "Pawn Structure Chess" by Andrew Soltis?
3
Are there any games with 4 pieces (for the same player) pinned on the same rank?