Ask Question
Asked 3 years, 11 months ago
Active 1 year, 1 month ago
Viewed 902 times
3
Closed. This question needs to be more focused. It is not currently accepting answers.

An opening choice will be always subjective. Nevertheless, I will give you two pieces of advice:

If you don't feel like having hours for study of the openings, I would go for Giuoco Piano, but I would alternate it with your Ruy Lopez Exchange variation.

"Simpler" is somewhat subjective. You could argue that learning a system like the King's Indian Attack is simpler because you can play it irrespective of what black plays, while playing the Ruy Lopez Exchange requires your opponent to cooperate to some extent as at any move there are perfectly fine alternatives.

The Ruy Lopez Exchange variation is not the most popular line at the highest level, but there is nothing wrong with it. If you are happy with it and like the positions you get out of it, there is no reason to change.

If you are not happy with it, you could analyze yourself, what kind of positions you like. Perhaps compare positions you get out of different openings (e.g. around move 15) and see which you like best.

Now Black has a very sharp line (...Qh4) where White can get a great initiative for the e4-pawn, and you don't have to study much. The 4. ...Nf6 line is very sharp, but again, you don't have to worry about nearly as many positional concepts as in the Ruy Lopez. The Ruy is a good opening, but the Scotch has the advantage of being open and also of not letting Black play their pet move against the Ruy. There's less theory on the Scotch, but because two pawns are swapped early, there are fewer complex positional principles. In fact, in many lines, Black needs to watch out for an early Nb5.

The main line is ...Bc5 5. Be3 Qf6 6. c3. White can play O-o, f4, e5 with a good game. The Scotch felt intuitive to me, and it may to you, too. I always just sort got my pieces out there and had a comfortable game. Your mileage may vary, but the Scotch isn't as heavily analyzed/played as the Ruy, so you may be able to learn more from it.

By reading your article, I think you have a passion to play e5 against, and you want simpler opening, so you can open with e5 and Nf6 (Petrov Defence), it is so solid (I played some exchange variation of Ruy Lopez, with move f6, but it is so theoretical line). And you can also play French Defence (e6) it offers a quiet play and a positional one (and theoretical positional attacks, but some of the human players lose due to some central attacks by f6 and knight attacks). 1.opening in Petrov variation, 2.&3. French Defence This is the opening of the Petrov Defence, it is so solid only can be avoided early by Bishop's opening, which is and Anti-Petrov Defence or Anti-Russian opening 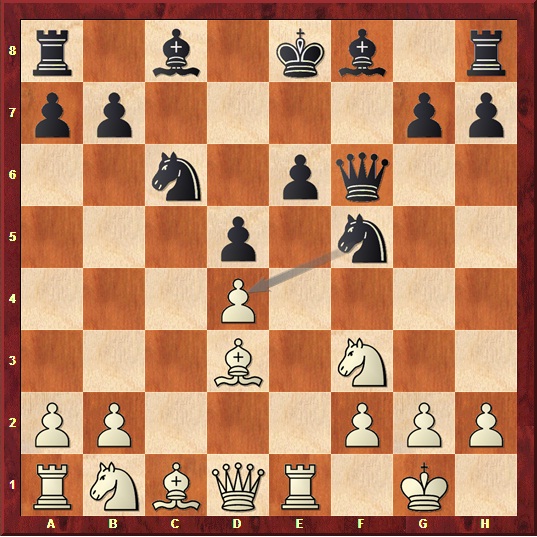 Not the answer you're looking for? Browse other questions tagged opening ruy-lopez or ask your own question.