Is this an Anderssen's mate or Opera mate? 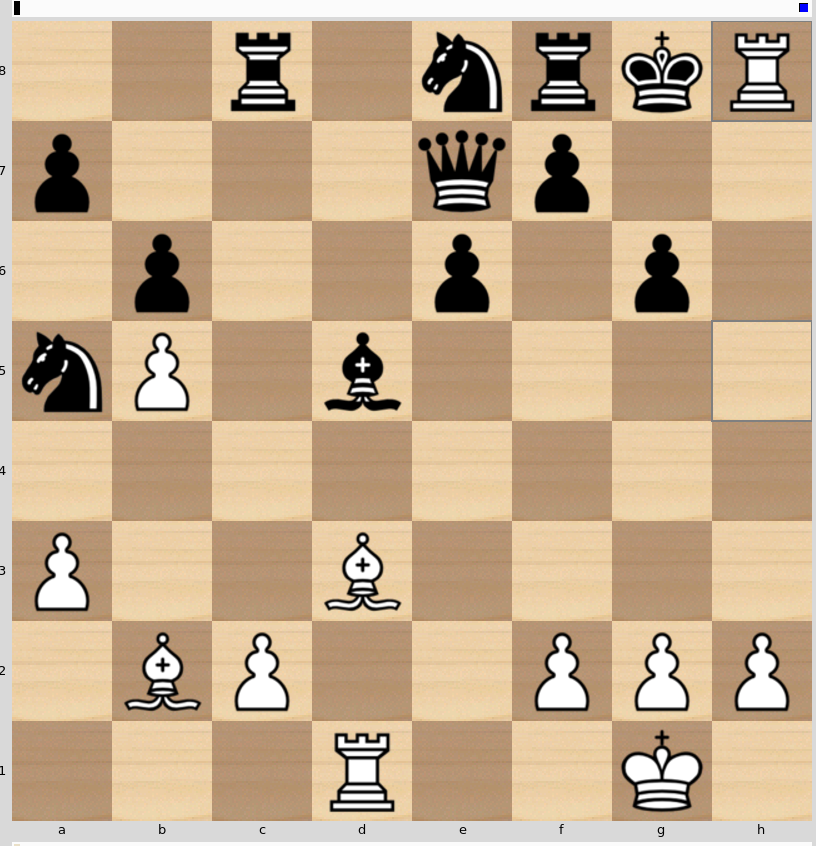 Is this an Anderssen's mate or Opera mate?

According to Wikipedia, Opera mate uses losing's side pawn to restrict its own king. In this position, f7 fulfils that requirement.

But it also fits the description of Anderssen's mate.

I fail to see the difference between Anderssen's mate and Opera mate except for the blocking pawn.

I assume you took the mates' definitions from here. Then, it fits the description of the Opera Mate but I don't think that's intended – a 'real' Opera Mate doesn't happen in the corner.

Then again, those two terms aren't commonly used anyway. I bet most grandmasters will have to check Wikipedia as well to find out what they mean. Of that list, just a handful are common knowledge (the back-rank mate and the smothered mate being the most well-known).

The Opera mate occurs when the opponent king is mated on the edge of the board by a rook placed on the edge next to the king, and a bishop supporting the rook, and blocking escape onto the bishop's diagonal. A piece friendly to the mated king (usually a pawn) is blocking the king's escape on the diagonal of the colour opposite to the supporting bishop.

So it's saying the Opera Mate can occur anywhere along the edge which would make Anderssen's Mate, which does require the mating-rook to be in the corner, just a special case of the Opera Mate. If you buy the chesstempo defintion, then just because Morphy's Rook was at d8 and Count Isouard's King was at e8 and a pawn blocked the escape doesn't mean it can't happen anywhere along the edge as long as it's the King's own piece or pawn that prevents the King's escape.

Looking at the descriptions of patterns from wikipedia, this exactly fits "Mayet's mate". The section on Andersen's mate suggests opinion is divided as to whether Mayet's is a form of Andersen's or a distinct pattern.

Not the answer you're looking for? Browse other questions tagged checkmate patterns or ask your own question.

11
When checkmate is impossible in a position
4
Does this knight and rook mating pattern have a name, or has it occurred before?
3
Is it still back-rank mate when there aren't friendly pieces blocking?
1
What kind of checkmate pattern is this?
2
What's this mate called?
7
Mate with both hands: Result?
1
Chess engine does not go for checkmate
2
What is the B+N checkmate position that leads to a longest mate?
1
Number of distinct checkmate positions
4
Is KQB vs KP generally sufficient to force a selfmate?