I've downloaded and parsed the king-base chess database (about 1.5 million games) and am looking at distribution of moves for games. When plotting the distribution for different outcomes, I see spikes at 80, 100 and 120 moves (and smaller spikes for draws at 20, 40 and 60 moves). 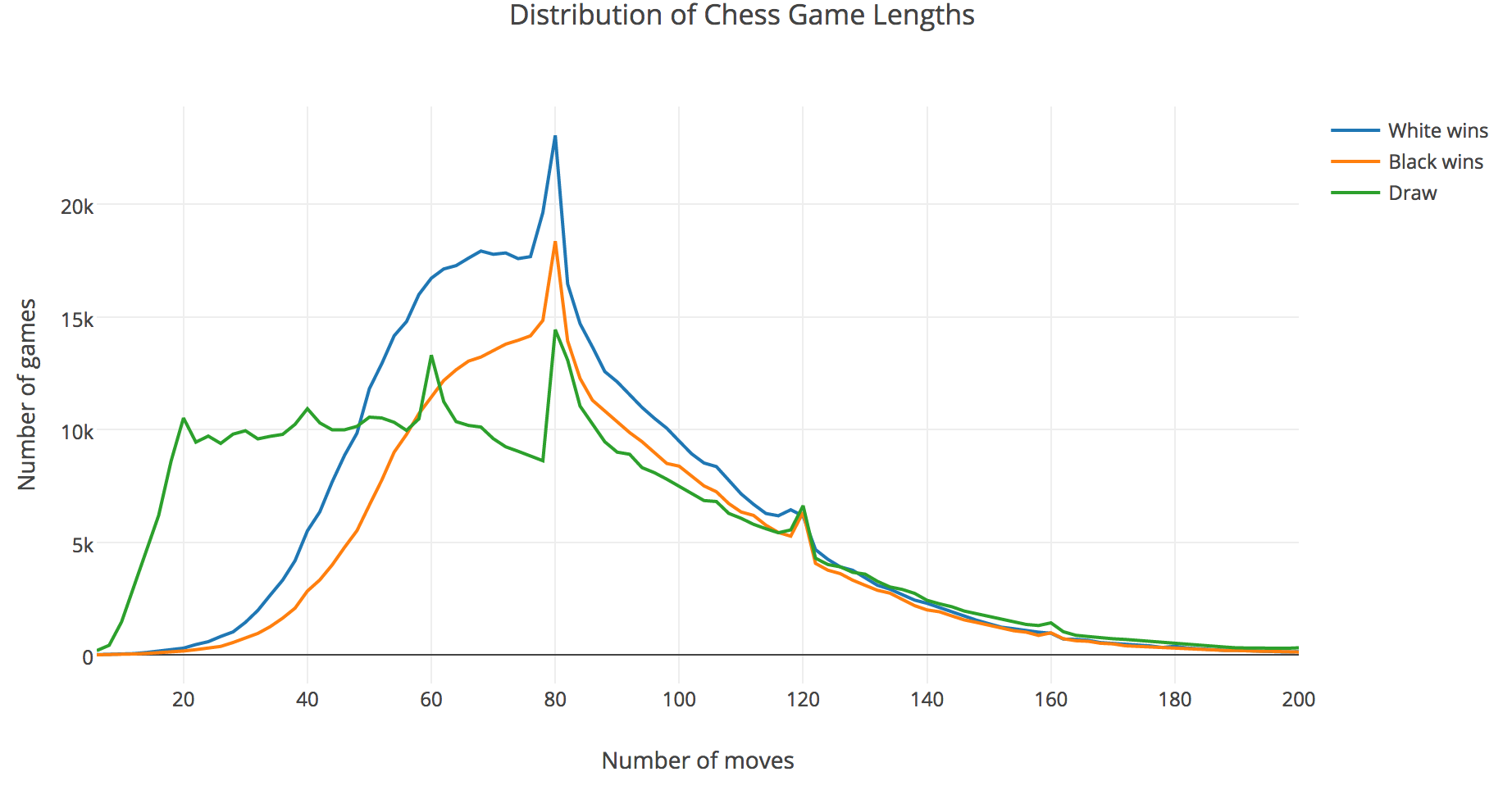 Why are these spikes occurring? Are people more likely to resign at these round numbers? Or are there rules in professional games that mean games are more likely to end after multiples of 20 moves?

This is due to time control:

the World Chess Federation FIDE sets a single classical time control for all major FIDE events, according to the handbook: 90 minutes for the first 40 moves, followed by 30 minutes for the rest of the game, with an addition of 30 seconds per move

Other time controls are used, but are usually based on multiples of 20 moves.

The amount of errors made at time control are legion

So gross errors accumulate around the 20th, 40th, 60th etc. move, and so would resignations, loss on time and draw offers.

Share
Improve this answer
answered Apr 7, 2017 at 11:36
user1108user1108
2
Add a comment  |
Highly active question. Earn 10 reputation (not counting the association bonus) in order to answer this question. The reputation requirement helps protect this question from spam and non-answer activity.

Not the answer you're looking for? Browse other questions tagged statistics or ask your own question.

9
What is the last piece to be developed, and why?
10
Are world-class correspondence games more likely to be drawn than world class OTB games?
5
What are some common statistical analyses we can run on many games (~20k games)?
19
Is the number of possible chess games infinite?
4
Is my low blitz game drawing rate at www.chess.com an indicator that I am weak in chess?
2
Are there any moves that are more popular in databases of GM games but are objectively inferior?
4
How much FIDE rated chess was played in April 2020?
6
What is the typical move prediction accuracy of human chess grandmasters?
5
How many FIDE rated games are played per year?
1
Average number of moves until checkmate for two players of unequal strenth