Board order in chess olympiads

What's stopping teams in chess olympiads from mixing up their board order to gain an advantage? All I could find was the rules (http://www.fide.com/FIDE/handbook/chess_olympiad_regulations.pdf) that said that the board order couldn't be switched in between rounds.

In each round, we only play four players. If we have the first board sit out, we could get the usual board order by playing strength. However, we could also have the fifth board sit out, in which case we have shifted our top three boards down by one, which could be useful against a stronger opponent (especially one that is top heavy).

(Related question: Are the board positions of the 4 players of each country determined by Elo rating in chess olympiads?)

Well, in short, nothing. This (a tactical lineup) is actually quite common in team matches. There are basically two problems, the second of which is not a problem in the Olympiad because of the fixed board order. 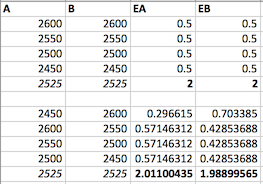 3
Are the board positions of the 4 players of each country determined by Elo rating in chess olympiads?

3
Are the board positions of the 4 players of each country determined by Elo rating in chess olympiads?
4
Team Tournament Rating Strategy
3
Chess Olympiad statistics
10
What do you need in order to organize a chess tournament?
33
How should an arbiter handle copying moves from another game?
0
Tiebreaks in the Baku Chess Olympiad
3
Blind and Visually Impaired Chess Players
10
What is the order of actions in chess under FIDE rules?
20
Why is coffee provided during big chess events when it contains a banned substance?
18
Why does India get three teams for Open and Women's sections in the 2022 Chess Olympiad?