I would like to know what's the average piece density.

I'd need a decent precision on the result, so you can't just use a small sample of 5 games. You'll need to take a large sample of at least 500 games, the more the better.

But take only OTB games, played at a classical (long) time control of at least 2 hours per player, and where both players were at least 2000 Elo. No correspondence games, no engines games, no internet games, no rapid games, no blitz games.

First of all, I think this is a bad question (similar to StackOverflow "Give me the code" questions).

That being said, the subject itself seemed interesting, so I threw a quick and dirty (and inefficient - feel free to optimise) script together to do this. I ran it on PGN file of world championship games between 1895 and 1985 from this page (this should fit OPs requirements). The results: 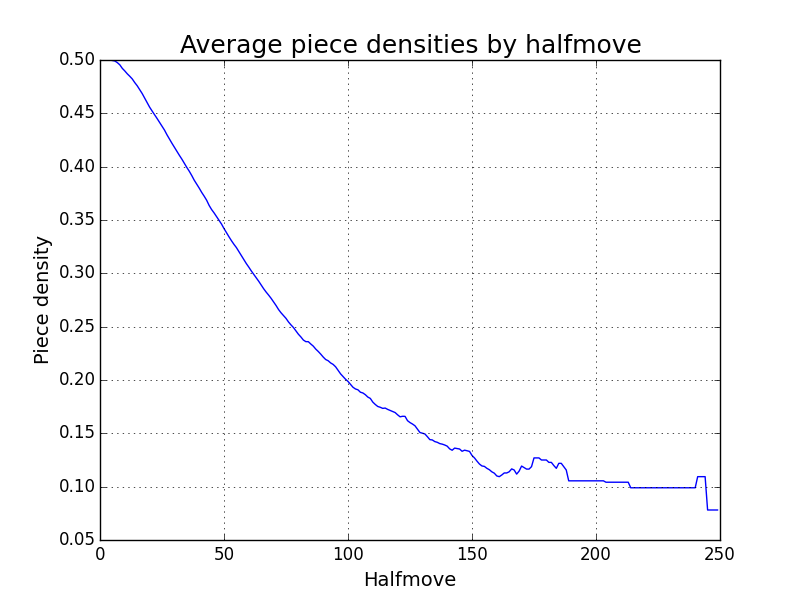 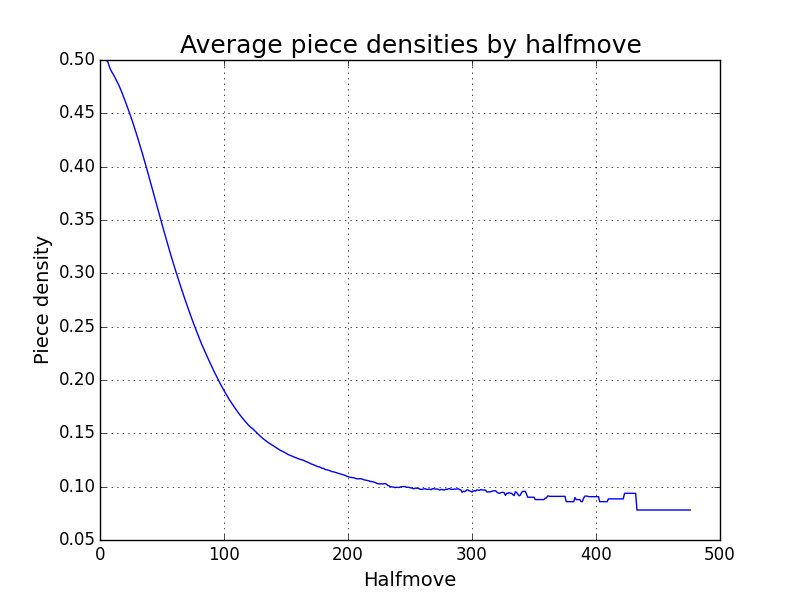 I am making the script available, so that you can run it on PGN of your choice. It depends on the python pgn parsing package.

36
Do strong players move their pieces with different relative frequencies than weak players?
7
How many possible combinations for the number of pieces on the board?
8
What is the approximate number of unique positions added by each practical game of chess?
5
Worth of a piece in time
8
Mathematical formula to get how broad opening repertoire is
12
Is the number of legal chess positions odd or even?
2
Is there a data file available (e.g. a .csv) containing every single rated game?
2
Storing chess position in 24 Bytes
2
How can I make my chess engine more efficient?