A chess story about three sailors

There was a book of chess stories that I had read some time ago. In one, there were 3 sailors who had made a deal with Devil for a crystal because of which they were unbeatable at chess. They saw the move that they were to make in the crystal after each move of the opponent.

Any ideas as to the story title?

The story is "The Three Sailors' Gambit" (1916) by Lord Dunsany, who was an interesting character. Besides being a prolific writer, he was a winner of the Irish chess championship, and he managed a draw during a simul by Capablanca. Dunsany was also a problem composer, some of them fairly typical chess problems and some of them more offbeat:

White to Mate in 4 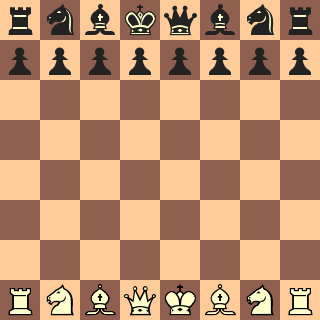 This is very much a tricky problem.

Not the answer you're looking for? Browse other questions tagged fiction or ask your own question.

17
Is there fiction dealing with retrograde chess analysis?
8
Does anyone know the anecdote about Ostap Bender?
3
What is/are the bests poems about chess?
7
Retrograde analysis of a position in "The Flanders Panel"
19
Example of a Karpov vs. Kasparov game with a controversial move
13
Does the new Netflix series "The Queen's Gambit" resemble any real life chess master?
13
Harry Potter Chess Analysis
13
Difference between chess puzzle and chess problem in this episode of The Queen's Gambit?