What is a pawn break?

A pawn break is a pawn move designed to free the player's position.

Generally speaking, a pawn move is only called a pawn break when the moving pawn is on a file adjacent to two enemy pawns facing each other, and the pawn moves forward to the same rank as the player's other pawn.

Since a picture is worth a thousand words... 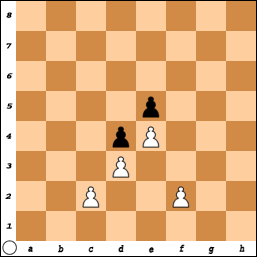 White can play either 1. c3 or 1. f4 and these moves would be considered pawn breaks because they attack a black pawn that is blocking a white pawn (the d and e pawns respectively).

For what it's worth, when I asked the question you mention, I had in mind a position like this (black to move): 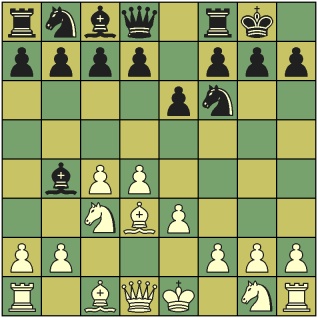 The question regarded whether black should push the c-pawn or the d-pawn, or push neither, or prepare something before pushing. Of course, the question did not regard this particular position, nor was it specific to the opening or to the midgame; but it regarded rather the principles that guide the black player to open files from such positions generally.

Update: In response to helpful comments: I do not know for sure how the term pawn break is conventionally defined. I should defer to @Andrew's and @TomAu's answers. Nevertheless, pawn break is the term I seem to have heard opponents use for the act of pushing a pawn with the intent to force a file open.

Thus, to answer the question directly, to the extent to which my terminology is correct, d7-d5 would constitute a pawn break in the position diagrammed, because the likely and intended effect of such a pawn move would be to open, or half-open, one or more files by trading off the pawns that occupy the files.

14
The theory of pawn breaks

14
The theory of pawn breaks
11
Pawn confrontations: capture, push past, or leave the tension?
3
how to break through using pawn storm
5
Pushing central pawns
2
Why is playing f4 here not correct?
9
How to improve on the early endgame?
6
Understanding The Isolani Pawn
21
Is rotating a pawn so that it faces a different direction and then moves in that direction technically permitted according to the 2018 FIDE Laws?
3
Pawn Structure Change in the Pirc - dxe5 or Nxe5?
3
Confused about timing of cxd5 and dxc4 in the Queen's Gambit Declined (QGD)