Choosing one move from the two moves

From the given position, is it better to take with rook or the a-pawn and why ?

The engine suggested the move axb4, why?

There must be some strategical or tactical point (ignore the arrows in the diagram). 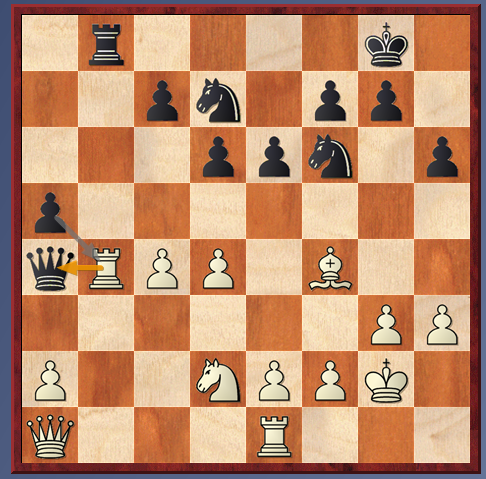 After axb4 the a2-pawn is a fixed weakness that can easily be further attacked with Ra8. Defending this pawn will force whites heavy pieces into passive positions.

Taking with the queen or the rook on b4 will allow Rb1 with a rook exchange. Even if this rook exchange happens on b4 and therefore creates the same pawn structure as after an immediate axb4, the defence of a weak a-pawn will be much easier without the rooks. In fact white might be able to exchange the a-pawn for the b-pawn relatively quickly.

In my opinion, capturing with the pawn is the correct move, and the logic behind the move is twofold and more of a strategic one.

Also, capturing with the pawn exposes a weakness in the White camp, namely the a pawn. It is also an isolated pawn and by capturing with the b pawn Black opens a file against it (creates a target) and can later in the game exploit the weakness by adding pressure along the opened a file.

Firstly, you can place pressure open file with an eventual Ra8. He can never defend the pawn actively because you would have the pin using move b3. The only defense would be to cram his Rook into a corner with the ugly Qb2 followed by Ra1 (by white)

Secondly, you are saving a pawn island (which was the a pawn) and moving it into the rest of the group. It can now be much better supported by a move like c5 sometime

I would take the rook with the pawn, because it allows you to move the rook to the corner and then pressure the white queen with your queen, in other words Ra8 (black does whatever) Qa2

Not the answer you're looking for? Browse other questions tagged analysis strategy tactics middlegame or ask your own question.

8
What does it mean when engine position scores change when following the "best" move
3
Why are these sacrifices good moves? What are the winning follow-ups?
4
Was I right to capture the pawn in this position?
4
What did I blunder at move 23?
2
Trying to figure out why the engine suggested this move
4
Explaining middle game computer analysis
2
Queenless Imbalanced Middlegame(2)
17
Why does the engine dislike white in this position despite the material advantage of a pawn and other positional factors?
6
Coming up with a plan at beginning of middlegame
1
Why wasn't Ne5 a mistake when I could just win the exchange in one move?